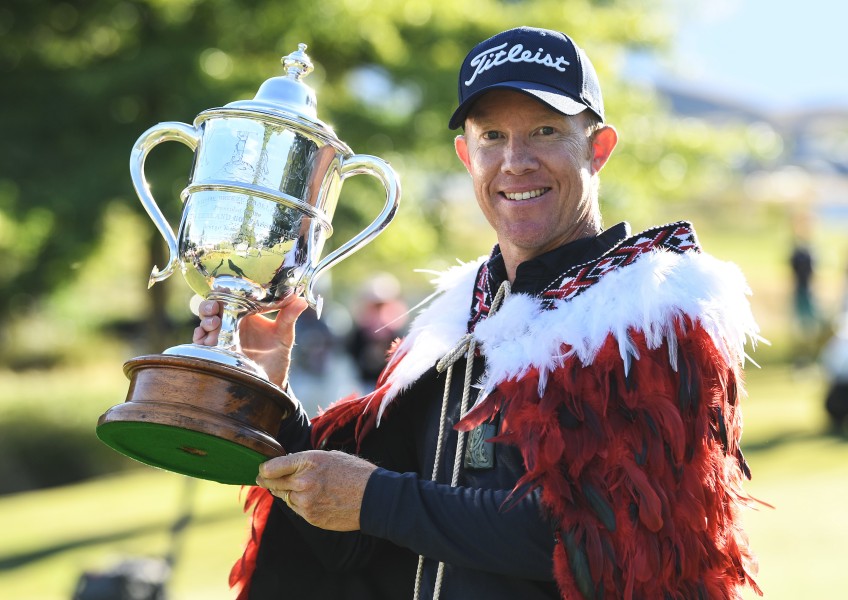 From the NZ Open:

In conjunction with Golf New Zealand, the PGA Tour of Australasia and the Asian Tour, Tournament Organisers have today confirmed a date change for the 102nd edition of the New Zealand Open, which will now be held at Millbrook Resort between March 31 and April 3, 2022.

New Zealand’s premier golfing event, which due to the Covid-19 Pandemic was not held in 2021, was set to be held in late February. This date change has been made to allow for the best possible field to compete for the historic Brodie Breeze Trophy and give the tournament the best chance of being staged.

Tournament Organisers have been working extensively with the team at the PGA Tour of Australasia (and the Asian Tour) to have their calendars accommodate a full playing tour for players whilst acknowledging the current border restrictions which exist.

With the two major Australasian tournaments (the Australian Open and the Australian PGA Championship) being rescheduled from November/December this year to January/February next year, it was essential to reduce any potential conflicts for players travelling between Australia and New Zealand.

“This new date avoids any tournament conflict for players, and whilst we have no certainty at present, we are hopeful that travel and quarantine restrictions and alert levels by that time will allow more freedom of travel between Australia and New Zealand, and hopefully even further afield,” said Tournament Chairman, Mr John Hart.

“We are fully committed to holding the New Zealand Open next year at whatever level is possible, subject to Covid restrictions allowing. Our team are currently in the planning phase to once again deliver a world-class event”.

“At a time when event after event is being cancelled, the Tournament underwriters Millbrook Resort are determined to do everything possible to stage the New Zealand Open in 2022, hopefully giving Queenstown and the greater Otago region, which has suffered severely during this Covid pandemic, a much-needed economic boost,” said Hart.

The New Zealand Open, which will be played across 36 holes at Millbrook Resort (including the new 9 Holes opening shortly), will be broadcast by Sky Sport in New Zealand and through various networks internationally, showcasing the best of Queenstown and New Zealand to the world.

This date change will apply to the 2022 event only, with the intention that the 103rd New Zealand Open be held in February 2023.