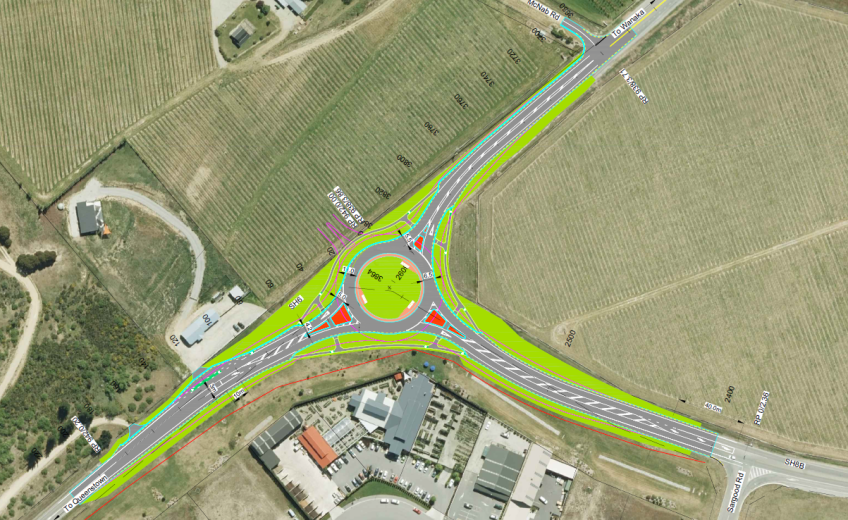 Exactly how a new single-lane roundabout in Cromwell is expected to cost more than $7m remains unclear less than two months before construction is set to begin.

Crux has been asking NZTA for details of the budget for the project since October last year, but has yet to get a detailed explanation on why the project would cost more than $7m.

Construction on the roundabout, at the intersection of State Highway 6 (the main road between Wanaka and Queenstown) and State Highway 8B, is expected to start in October and take about a year. It would initially be a single-lane roundabout, but may be expanded to two lanes in future. 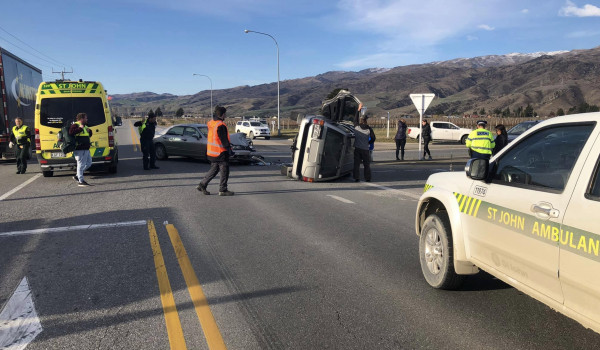 When it was first announced, the roundabout had an $8m price tag, but NZTA said “it has been refined to closer to $7 million” and would release details of the budget when the tender was awarded .

The tender process began on March 2 and closed on April 1. NZTA said it had a preferred tender, but it had not yet been awarded and would not release details of the budget.

Crux has lodged an Official Information Act request asking for a detailed breakdown of the project’s budget.

Another tender for “professional services” for the project was awarded to multinational WSP Opus last year for $440,890 and that company now appears to be running the construction tender process – it is the main contact for tender bids and related documents on the project have been produced by WSP Opus. NZTA did not respond to questions on WSP Opus’ role in the project before deadline. 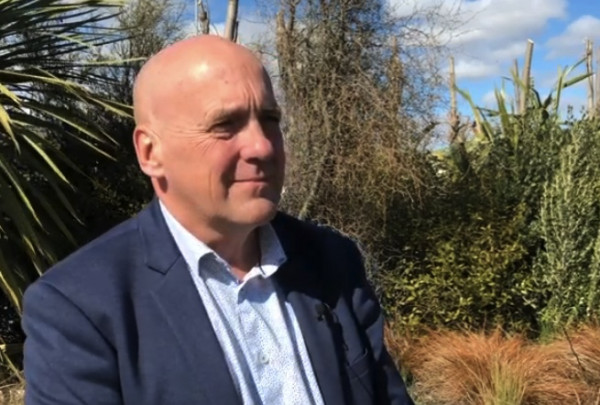 The cost of the roundabout is equal to 65 years of Mayor Tim Cadogan's $107,000 CODC annual salary

Exactly how a single lane, 40m-wide roundabout on a flat intersection is expected to cost more than $7m remains unclear.

As an explanation, NZTA said it was due to the fact it was being built with the potential of expanding it to a double lane roundabout in future, which increased the cost.

NZTA said the project would require it to buy some council land, however it wouldn’t reveal how much land was required or what it was expected to cost until negotiations have concluded.

Initial designs for the roundabout show it overlapping a small section of a 1.6ha council reserve, which is valued at $255,000. A report to the Cromwell Community Board, written by WSP Opus, said 670m2 of the reserve was needed for the roundabout – about 4% of the section. It said the land would be acquired under the Public Works Act and NZTA would payout based on the difference in its value before and after the 670m2 was taken from it. The money would go to the Cromwell Reserves Contribution Account.

It said a section of private land was also required, which appeared to be part of Scott Base Vineyard, but designs suggest only a small slither of land would be required.

The roundabout is unlikely to be expanded for another 20 years. About 8,500 vehicles used the intersection each day and NZTA said the roundabout wouldn’t be expanded until traffic reached 20,000 a day, which would take about 20 years based on current trends. 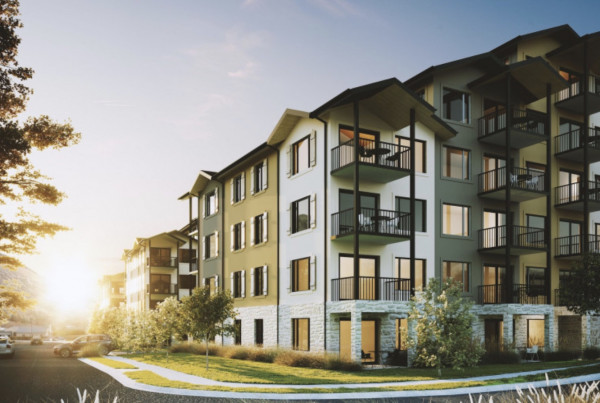 In explaining the cost, NZTA also said the work would involve “the legs of the roundabout/ lead-ins from the feeder roads” which means it “has a slightly larger footprint/road print than the roundabout alone”.

The contract for the roundabout also includes the construction of another roundabout and pedestrian underpass for the Wooing Tree development, at the intersection of Barry Avenue and SH8B, but this would be funded by the developer. Wooing Tree Estate development manager Stephen Cornwall said he was unable to divulge the cost of the Wooing Tree roundabout until the tender was confirmed in about a month. He said the NZTA SH6/8B roundabout would not require the acquisition of land from Wooing Tree.

The Cromwell roundabout would cost nearly double the upper cost range listed in an NZTA case study on rural roundabouts published last year, which were between $2m and $4m.

The cost also appears far higher than other roundabouts projects.

It is nearly double the cost of the large new roundabout on a sloping site at the Three Parks development on SH84 in Wanaka, which was funded by the developer.

A major new four-leg roundabout under construction in Invercargill has a budget of $5m.

In Marlborough, a new single lane roundabout on SH62 and SH6 cost $5m.

An NZTA spokesperson said the roundabout was required as the intersection had a high risk rating and a roundabout would make it safer. There were 23 crashes at the intersection between 2010 and 2019, including one crash that resulted in two deaths, and the frequency of crashes had been increasing.

The project is part of the government’s $6.8b NZ Upgrade Programme, to upgrade transport infrastructure around the country to pump money into the economy for the COVID-19 recovery.

3. Three and a half Wanaka Watersports Facilities