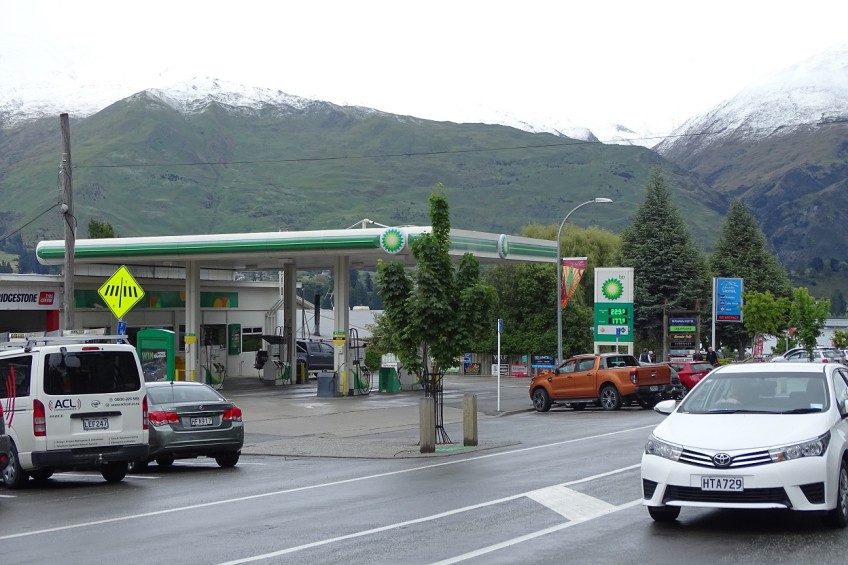 Is Wanaka a petrol trap for tourists?

Customers at Wanaka’s BP and Caltex town centre service stations pay some of the highest prices for fuel in the country but unlike Queenstown there is a cheaper alternative. McKeown's in Ballantyne Road - popular with locals but invisible to most tourists.

Wanaka local Tyron Smith says he has been filling up at McKeown’s since the day it opened.

A self-employed plumber running two vans, he says he is spending approximately $600.00 a week on diesel fuel and estimated he would be paying an extra 20 cents a litre or more if he was filling up at the big two in town. Only a few hundred metres separate Caltex Wanaka on the corner of Brownston and Ardmore Streets and BP2Go on Ardmore St. Caltex is the first service station tourists pass if they are coming from State Highway 84. Caltex Wanaka operator Matt Davison admits many of his customers are tourists but says a lot of his customers are also locals “who fill up in the morning, we are really busy then”.

Tourist Dan Fisher from Spokane, Washington in the United States, drove his diesel camper van into Caltex Wanaka this morning as “it was the first service station we saw”.

In the second of a two week road trip around New Zealand Fisher says the price of diesel at Caltex Wanaka was “a bit high”. He said he had never heard of McKeown’s but he would go there “if it was convenient”. US tourist Dan Fisher - found Wanaka's fuel prices "a bit high" but stopped at the first service station he saw.

Caltex Wanaka is likely to move from its present location in the next 12 to 24 months if resource consent is granted for the proposed mixed-use “Mt Iron development” on 6ha of unused land at the base of Wanaka’s Mt Iron, bounded by State Highways 6 and 84.

Mt Iron Junction Ltd director Steve Schikker says “Caltex was a great fit” for the new development and “pulling the petrol station out of town will help the traffic flow much better in the centre of town.”

Davison says he and his wife Kassandra own the Caltex Ardmore St property and have no plans to sell it when they open the new Caltex service station at the Mt Iron development site. He says at this stage he has no idea what will be built on the Ardmore Street land and hasn’t ruled out another service station.

Crux contacted Wanaka BP2Go for a comment but did not receive a response.

At the height of the high petrol prices last month Queenstown Lakes District Mayor Jim Boult was reported as saying drivers in the South were being “pillaged by petrol companies” and that distance could not be used as an excuse.

Crux contacted the North Island based fuel company Gull recently to ask if they have any plans to open a service station in either Wanaka or Queenstown and they revealed that they were studying Christchurch in some detail but would consider the Southern Lakes "if a suitable site could be found."