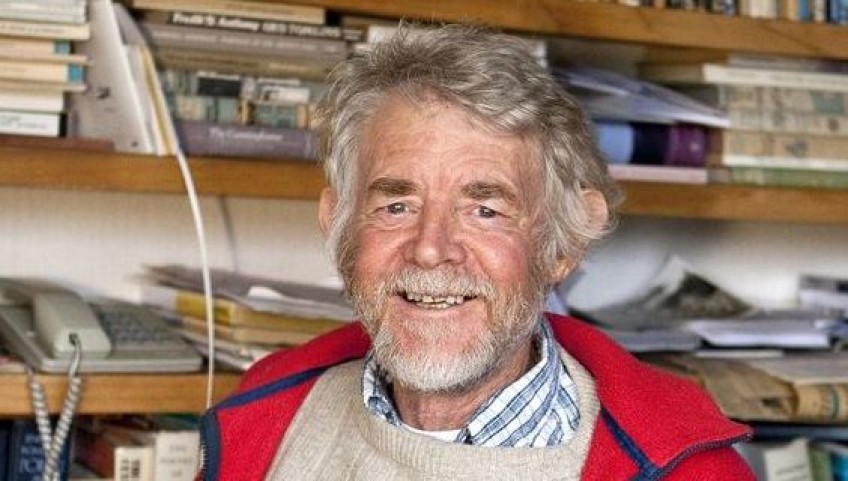 Brian Turner - We need to Wake Up

In only six months we will vote in local elections for the people who will govern our communities. In the first of a series from local commentators, we take a look at what the election agenda should be - what are the issues that will dictate debate and democratic choice?

Distinguished author, scriptwriter and former NZ Poet Laureate Brian Turner believes growth and how it affects our environment is the issue that we are most at risk from.

When invited to look at and compare the state of today’s lands and waters with those of the past – let’s call them the natural environment - of Otago, Southland, the Lakes District, Mackenzie Country, and so on, I sigh and ask Where to start?

In many areas and respects our natural environment’s taken a beating. Think of our native grasslands, of trees and shrubbery, of our rivers and streams and estuaries, the plundering of the oceans, air pollution, and so on.

Think of what’s brought it on: burning, top dressing, damming, flooding, mining… all in the name of ‘progress’ and ‘development’. Of course – before there’s a chorus of  indignation – for many of us humans a lot can be said to have changed for the better. But surely, in all sorts of ways, it’s past time that we put on the brakes, took control, stopped indulging ourselves and wrecking the place.

Crikey, it’s not as if we’ve not been warned. Back in 1972, when I had not yet turned 30, I remember reading Limits to Growth, a report published by a group called The Club of Rome. They were alarmed at what we humans were doing to the earth’s lands and waters and atmosphere and that we needed to stop, change course, and soon!

Ho ho, for the most part what our species has done is continue to give scientists and their ilk the fingers and carry on regardless. A lot of what we still term ‘development’ results in depletion or destruction. I think many people know that but are afflicted by one, or in some cases all three of the following: apathy, wilful blindness or ignorance.

I was born in Dunedin, Otago, in the 1940s. Apart from a few years in Christchurch and Wellington in the mid-60s and early ‘70s I’ve chosen to live in my beloved Otago ever since. I started fishing in Otago harbour and in the rivers and lakes of Otago, Canterbury and Southland in the ‘50s. I don’t know of any of our waterways that are in as good a condition now as they were then.

To me we are greener but certainly not cleaner; ‘Clean and Green’ is a fallacy. Central Otago is touted as, sold as ‘A World of Difference’. In some parts, and increasingly, the natural environment continues to be treated with indifference.

Sadly the many of those elected to manage and govern us appear to be unconcerned, if not indifferent, to what’s happened, and continues to happen, to our lands and waters. So-called ‘balanced development’ is, often, a fallacy.

Unfortunately, some people continue to assert that ‘environmentalists are anti-farming’. That, too, is fallacious, untrue. Personally, I – and many others I know – see farming as an essential, admirable, and challenging occupation. I have a lot of respect for many farmers, some of whom are good friends of mine. Decades ago I recall reading the work of the American farmer and writer Wendell Berry who said that as he saw things ‘all good farmers are conservationists and all farmers ought to be.’

I chuckled a bit there. With all of us, whatever we do, such is often far from easy.

A few days ago I read an illuminating, disturbing and saddening piece by Damian Carrington, Environment Editor, in The Guardian Weekly (15 February 2019). He says that we appear to be looking at what may be termed as the world’s ‘sixth mass extinction’ and that ‘Many scientists think the current worldwide annihilation of wildlife is the beginning of a huge loss of species on earth.’ He noted that ‘41% of global insect species have declined over the past decade… compared with 22% of vertebrate species’. Insects are ‘the cornerstone of all terrestrial ecosystems.’

And so it goes on. Read what scientists and Carrington and others are finding and saying. We can’t say we haven’t been warned.

If we truly care for those who are younger and yet to follow us, wake up.