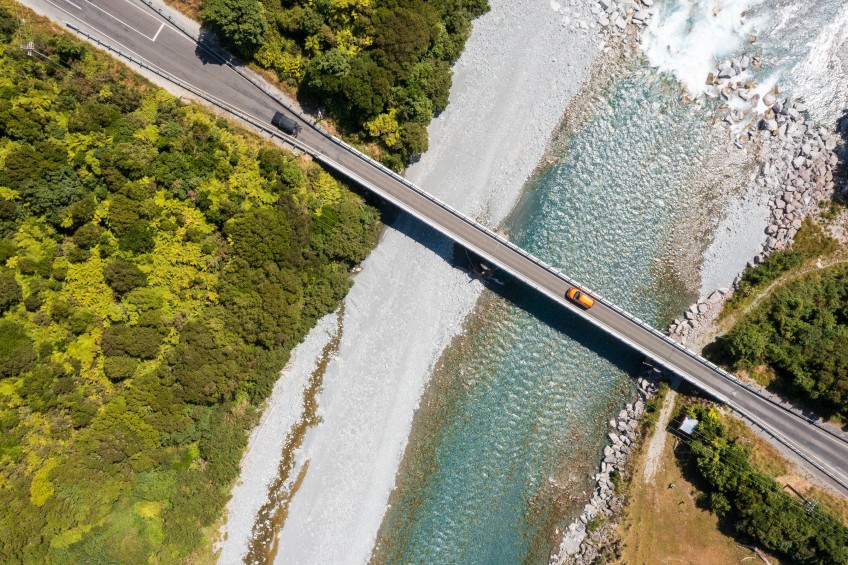 Are we prepared for an Alpine Fault rupture?

This is a shortened version of a feature article by Queenstown writer Peta Carey that will be published in the June issue of North and South magazine - out this week. It is published by Crux as part of a Public Interest Journalism project, funded through NZ On Air - Fault Lines.

Crux will publish more content this week, including four mini-docos and further feature articles as part of the project. Thanks also to EQC for their support - check out their guide on how to prepare for a major earthquake here.

The Alpine Fault is the longest natural straight line on earth, over 800km of fault line running between the Australian and Pacific tectonic plates.

The science is unequivocal: over the last 8000 years, there has been a major earthquake on the Alpine Fault roughly every 300 years. The last one? 1717.

No one predicted the intensity of the quake that devastated Christchurch in February 2011, or the scale of the one that shook Kaikōura in 2016. But as a result of research over the last two decades, we now know that there is a 75 per cent likelihood of an earthquake on the Alpine Fault in the next 50 years, and an 82 per cent chance it will be over eight on the Richter scale. This one — AF8, as it’s called — we can prepare for. 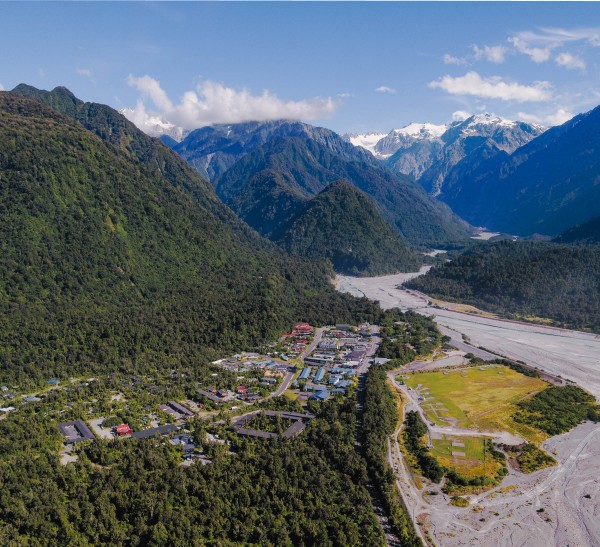 Take the intensity of standing above the epicentre of the Christchurch February 2011 quake, which lasted just 30 seconds. Now imagine even more intense shaking continuing for two to four minutes, travelling the length of the Southern Alps.

The Alpine Fault line runs from just north of Milford Sound all the way to Maruia near Lewis Pass. The scientists forecast that a rupture could be up to magnitude 8.2. But this is a measure of “seismic energy released”, not damage or shaking. More relevant, perhaps, is the Mercalli Scale, a measure of the intensity of damage in any one place.

The most intense shaking will be on the West Coast, within 10km of the fault.

“Rocks and landslides will be coming down off the Alps, so if you’re anywhere near the mountains it’ll be very loud,” says Dr Caroline Orchiston. “We’re talking horizontal movement of up to eight metres.”

Orchiston is the science lead for the AF8 campaign — a collaboration between Civil Defence Emergency Management and Alpine Fault scientists to communicate the scientific evidence to the communities that need to hear about it.

The overwhelming message from scientists and Civil Defence is: get ready. 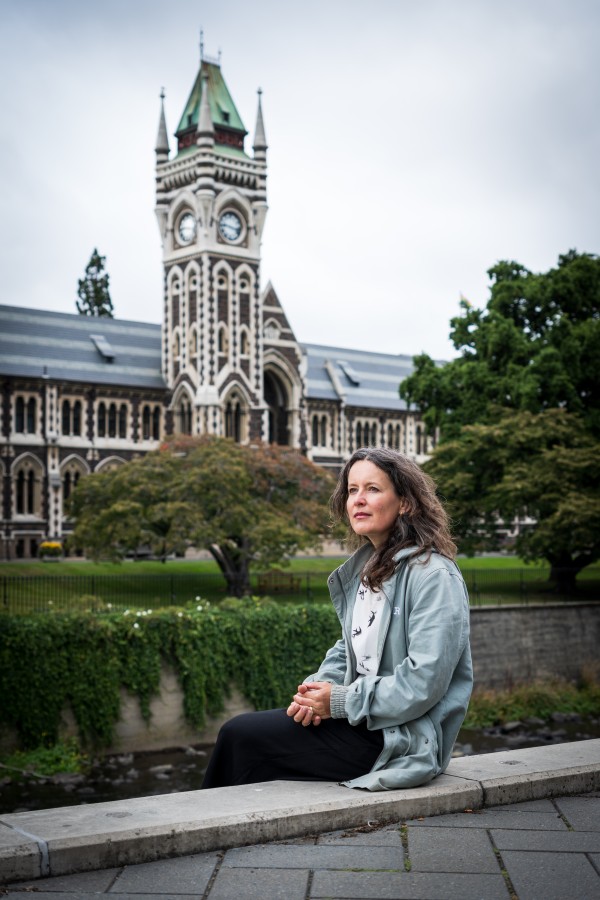 Engineers talk about something called ‘black start’. If every power station in the South Island goes down, it’ll be a very slow restart — like a series of cascading dominoes in reverse.

Andrew Renton, senior principal engineer at Transpower, believes a blackout across the entire country is possible but unlikely. However, some regions would certainly be ‘islanded’ — the technical term for an area being isolated without power. The most obvious candidate: the West Coast.

The consequences of having no electricity, for several hours, several weeks or more, are alarming. There’s the urgent need for power for medical equipment, food supplies and heating. But the most critical, according to Canterbury University’s Professor Thomas Wilson, is the loss of power for telecommunications.

“This is going to be the biggest challenge of all.”

Wilson predicts that it may well take over a year to restore power through to the West Coast.

No one expects State Highway 73 to be open for several months after the Alpine Fault ruptures.  It’s also highly unlikely much of the TranzAlpine railway line will remain intact.

“With ongoing aftershocks and more landslides, it’ll make it dangerous to restore road or rail for months and potentially years,” Wilson says.

Civil Defence has installed a massive container near the Hokitika airport, which will serve as headquarters and is slowly accumulating emergency food and equipment.

Most of Hokitika is not far above sea level, but Seaview Lodge, an historic building that was once a mental hospital, sits on a terrace above the town and ocean and will be used for evacuations. The reality, Forsyth notes, is that every community down the coast will be isolated. “They’ll be cut off between every river, if each bridge goes down.”

The implications for people needing urgent medical care is also daunting. There is one main hospital on the West Coast, the newly constructed Te Nīkau Grey Hospital and Health Centre in Greymouth. Fortunately, planners and architects designed a major component of the hospital with AF8 in mind. The integrated family health centre, which has triage and theatre facilities, was built to ‘importance level 4’ standards to withstand major seismic events.

There are smaller health centres in Reefton and Westport, and elsewhere towns are serviced by local medical centres. The difficulty will be getting wounded people there. Helicopters on the ground in the area could be damaged and inoperable. Any immediate aerial emergency response may have to come from the eastern side of the Main Divide. 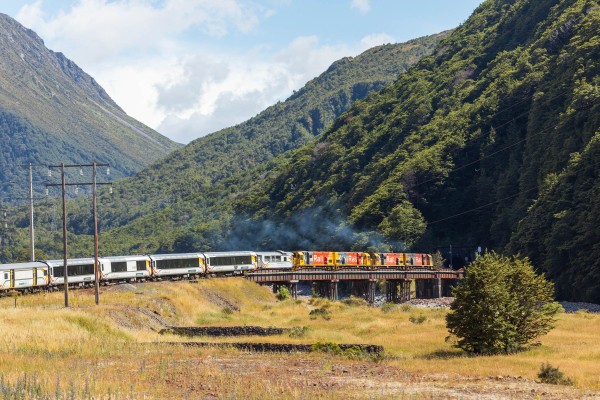 Transport links could be cut for months

Claire Brown, at the West Coast Regional Council, is the director of emergency management and natural hazards on the coast. She explains that a huge amount of work has been done in the past few years in terms of regional preparedness — the many Civil Defence teams taking part in exercises, the containers with emergency equipment and food stores installed in most towns and settlements. But the most important aspect is talking directly to communities.

“Household preparedness is the most important place to start,” says Brown. “For example, having an emergency water supply, enough for the household to have drinking water for at least three days. If every home on the coast did that one thing, we’d be hugely more prepared.”

It’s daunting to consider how communities will cope, not just in the immediate aftermath, but in the months and years that follow. If it takes up to six months or longer to repair the many bridges up and down the coast, will many of the people living on Te Tai o Poutini simply have to go elsewhere?

The sustainability of West Coast communities is of huge concern to Dr Caroline Orchiston. “People are deeply connected to that landscape. They won’t want to leave but I think there’s potentially a tipping point where the government will say, ‘we can’t restore services, we can’t get the power network back, you’re going to have to, temporarily let’s hope, move out.’” And if that happens, she asks: “Do people go back?”

Westland District Mayor Bruce Smith warns against underestimating the hardiness of Coasters. “You’ve got descendants from over five generations living here. They’re not going anywhere. And the further south you go, the more determined they are, and the more difficult they are to deal with.”

The aftermath of the Christchurch earthquake shows how reluctant people are to move away, Orchiston observes. “No one wanted to leave their home and go into temporary housing. Even if their house was munted they’d prefer to camp in their garden than leave,” Orchiston  says. “They have a really deep connection to that place. You constantly wonder about community resilience — what’s the turning point? How do we prioritise recovery of infrastructure to enable people to stay in place?”

For further information about AF8 visit Af8.org.nz and for how you can best prepare visit getready.govt.nz

*Faultlines is a partnership with North & South magazine - the full interactive project can be viewed at www.faultlines.nz

Thanks to EQC for their support of this campaign. Check out their latest advice here.