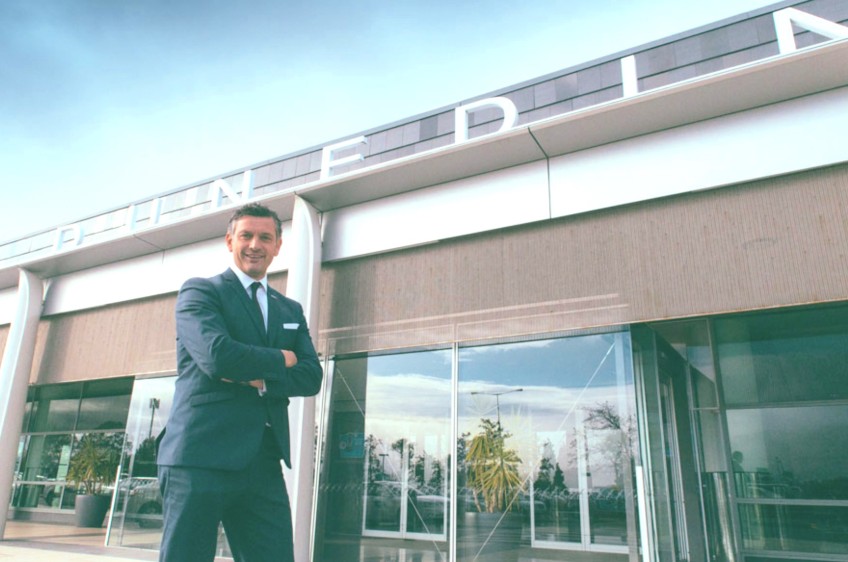 An Ambassador from the East

On January 24th a man called Richard Roberts made a visit to Queenstown, from Dunedin. He's the boss of Dunedin airport and he met with Mayor Jim Boult and the team that runs Queenstown airport.

His mission was to propose a three way deal to share tourist traffic between Dunedin, Invercargill and Queenstown airports. Simple and logical.

But, in spite of the simplicity and logic behind Richard's visit, he faces some complex and arguably illogical obstacles. Vested interests.

Richard is a colourful and rather fearless man. He's from the North of England - a part of the world famous for cheeky humour and blunt talking.

Richard believes that New Zealand is being damaged by vested, regional interests. He says our regional tourist organisations (RTO's) are pointlessly and dangerously competing with each other when they could be collaborating. New Zealand has no less than 30 RTO's - all competing for the biggest slice of the tourism pie that they can get. There is an argument that our airports are also dangerously competing with each other, instead of collaborating. From Richard's perspective NZ is simply too small to be split into so many competing interests and organisations, all with their own overheads, marketing and operating expenses.

It's another example of where free market economics risk actually damaging our economy, and our environment, and where intervention is needed from Central Government. The same argument could easily be applied to tourism infrastructure, affordable housing, low wages and a multitude of other failing free markets.

Richard Roberts does actually stand a decent chance of winning this campaign. The time is right, with both Invercargill and Dunedin airports ready, willing and able to take more air traffic. Compare that proposition with building an entirely new airport at Wanaka or near Cromwell - each only 80 kilometres from Queenstown airport. It makes no sense.

Building better road connections between Queenstown, Invercargill and Dunedin needs to be done anyway. These vital road connections are ridiculously under resourced, and dangerous, given the national importance of tourism and commerce in this part of New Zealand.

Crux supports Richard Roberts' campaign for collaboration. Anywhere else in the world he'd be carried aloft as a hero for common sense. In New Zealand he runs the risk of being labelled subversive and disruptive, just for preaching common sense and challenging powerful vested interests.

To get a better sense of where Richard is coming from, take a listen to this interview late last year with RNZ's Kim Hill.