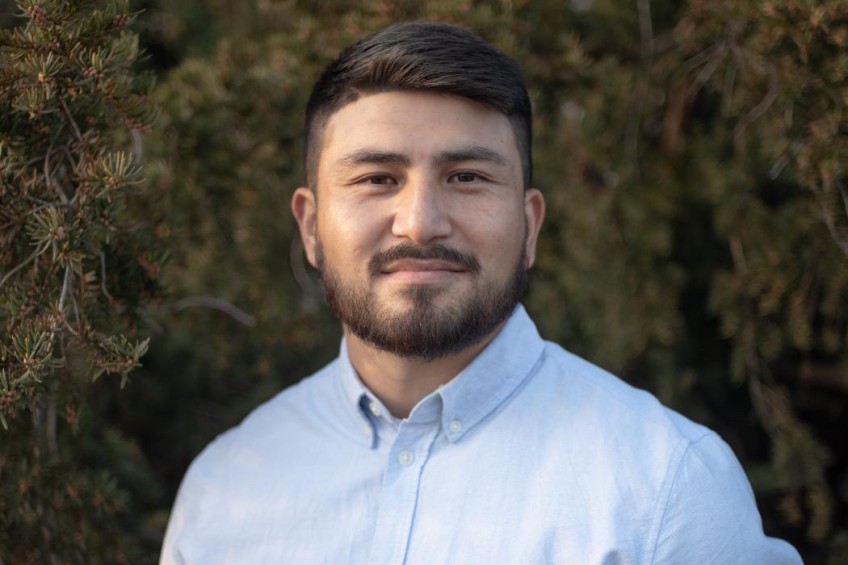 Author of number one best seller After the Tampa and Afghan refugee Abbas Nazari believes his story humanises the experience of asylum seekers and continues to change the conversation around refugees.

For the past three days, Mr Nazari has been in the Queenstown Lakes speaking to students at Wakatipu High School, Remarkables Primary School, Mount Aspiring College and Holy Family Catholic School Wanaka.

Remarkables Primary School also held a community speaker event, where Crux had a chat with him. 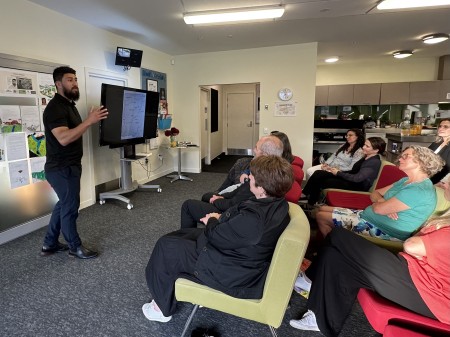 Mr Nazari speaks at a community event in Queenstown on Monday, November 7.

Mr Nazari told us when he began writing his memoir, as a lockdown project, he wasn’t sure how well it'd be received - or if there’d be much interest.

“And now that I've seen the exact opposite of that…it's made me realise people do care, there’s concern out there.

“I see it as a bit of a responsibility to talk about it because it helps bridge those gaps culturally. New Zealand can be quite insular at times. So when they hear a story like mine, it really helps open up a lot of people's eyes."

Since his memoir was released in August 2021, Mr Nazari has been booked up with speaking gigs both in New Zealand and Australia.

Visiting schools and talking at assemblies and in classrooms is one of the best parts, he says.

We asked, what do New Zealand school students have to take from your story?

Mr Nazari says his journey from Sunjoy, in Afghanistan, to Christchurch – which involved an Indian Ocean rescue and being held offshore for five weeks – doesn’t require knowledge of Afghanistan or the Taliban to understand.

“They [school students] just see your face and they see a human journey.”

He focuses more on the period after his arrival when his family was relocated to Christchurch – a transition made easier due to the inclusiveness of the community.

As a young boy in Ōtautahi, he felt welcomed and developed friendships in the classroom and with the kids on his street. 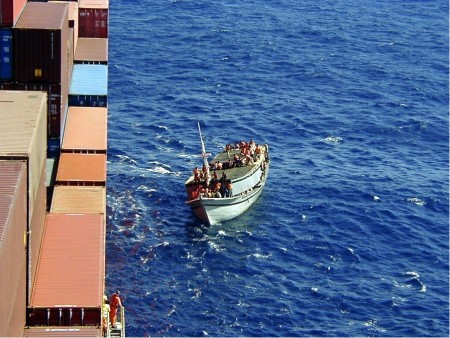 The fishing boat carrying four hundred asylum seekers, including Mr Nazari, before it was rescued by the MV Tampa container ship.

“I say to them [students], imagine if we arrived in this country, and we weren't welcomed, if the kids picked on us, if we were bullied or if we were made to feel unwelcome, how much different my life would be.

“When I tell that story to kids, I say, ‘you guys are all in that position'.”

Often when Mr Nazari says this, he says there will be students “squirming in their seats” with the realization they haven’t been as inclusive or kind to others as they could’ve been.

He also wants his experience to provide perspective to students, framing his story to be “uplifting” and “motivational”.

He believes framing his experience in this way helps give kids perspective and build resilence.

On his last visit, he spoke to the school's year 8 pupils.

“The students are just really enthusiastic. They love the story. 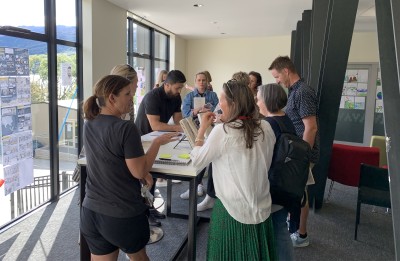 Ms Thompson agrees that hearing Mr Nazari speak opens their eyes to the importance of empathy and making an effort to be inclusive. He also spoke with teachers at Remarkables Primary School about the importance of welcoming new students, as children who are refugees really look up to teachers - sometimes even more than their parents.

The author visit also tied in well for the school, as they had their cultural week last week, Ms Thompson says.

“Everybody came in their colours of their country, and we had different dances, we had food tasting from all different cultures. And then following on from that we're hearing the story of the Tampa.”

The visit was partially funded by Read NZ Te Pou Muramura as part of their Writers in Schools programme.