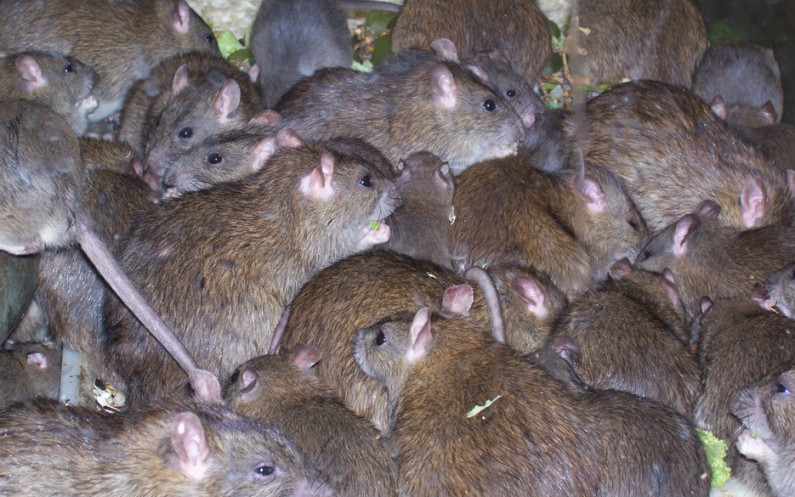 The QLDC has released some detail around delays to part of the new three bin recycling system introduced on July 1st. Rats feature in the story. Here's the QLDC statement in full.

"Reflecting on just over two weeks of the new waste service in the Queenstown Lakes District Council there is acknowledgement from Council that it hasn’t been plain sailing for all households according to QLDC General Manager Property & Infrastructure Peter Hansby.

“The Council, Waste Management and Wastebusters are committed to working together to lead the district towards its zero waste goal. The first step on that journey has been distributing approximately 54,000 new bins to eligible homes. With a massive task to undertake, changeable weather conditions and some glitches in data around newer homes, it’s disappointing but perhaps understandable why not everyone got their bins for 1 July,” said Mr Hansby.

Having said that Mr Hansby also acknowledged that both staff and contractors had achieved a massive undertaking to successfully deliver the new service to the majority of the community.

“It’s been a huge undertaking and one we planned for 12 months but ultimately with so many different moving parts there will always be some teething problems,” he said.

Two weeks after the new service launch there are a handful of eligible properties still to receive their bins. The project team are working to complete their deliveries as soon as possible.

Under the new system these bins all go to different places. Rubbish goes to landfill, glass goes to the O-I factory in Auckland to be made into new bottles and jars, and mixed recycling is taken to the big Materials Recovery Facility (MRF) in Queenstown to be sorted, baled and sold to the commodities market. Approximately 25 tonnes of glass have been consolidated ready for shipping to the O-I factory.

Unfortunately compounding the challenge, the MRF in Queenstown has needed a lot of attention since being transferred back from the previous operator, added Mr Hansby.

“We need the recycling centre to be in the best shape possible for Waste Management to meet the very high standards for recycling we expect, and this has required us to undertake repairs at the site. In the meantime QLDC and Waste Management will sort recyclables at an alternative site next week. We’ve also had to clear approximately 25 tonnes of contaminated recycling which can’t be on-sold. And as we have previously confirmed, that’s meant moving it to landfill.”

“The upshot here is that we have now set ourselves up well for the future and can ensure we’re able to have clean, uncontaminated recyclables that reach sustainable markets for the long term.”

Due to unseasonably warm weather, rats have also added to the challenges at the MRF site. Although rodents aren’t an unusual visitor around rubbish and recycling the increased volume is a health and safety hazard and QLDC has had to fumigate the facility.

“We and the previous operator, Smart Environmental, were aware of the rat problem and we had instructed Smart to resolve this for handover. Because this did not happen it’s added to further delays in getting the facility up and running for Waste Management,” added Mr Hansby.

A key focus of the service going forward will be continued education. This is part of a step change in the way this district manages its waste.  It requires a commitment from everyone to ensure the quality of our recycling is very high and can be properly recycled.

“There has been a lot of messaging about the new system and tools such as the text reminders for what bins to put out each week, but through further education, we’re confident that as a community we are on the right track.”

“We also rely on the community to take responsibility for the waste they produce.  Whether that’s making choices about the types of products purchased, or ensuring clean recycling goes into the right bins, it all helps.  It’s early days but so far, people are doing really well in response to the change in service although it’s clear that some in the community are still getting used to the new system and how it works.”

“The key thing for people to remember about recycling is, if you’re not 100% sure that something can be recycled, place it in the red-lidded bin,” said Mr Hansby.

Council was optimistic that all matters would be resolved in the next few days and the new service would begin to deliver as expected. “We are grateful to those in the community who have faced some challenges for their ongoing patience, while we endeavour to get things right,” Mr Hansby said."