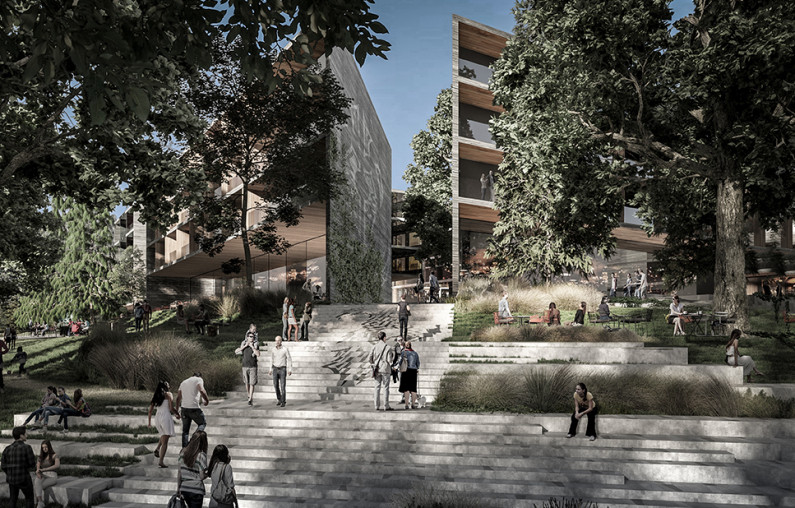 QLDC has confirmed this afternoon that the Australian developers of the Queenstown Lakeview project have applied to the NZ Government for fast track, non-public resource consent approval – while reportedly doubling the height of their tower blocks to more than twelve floors, twice the height of any other building in Queenstown.

The developer's original plans showed buildings of only half this height and are part of a new, second set of plans that have not been shared with Queenstown residents or revealed in any public council meetings.

Queenstown Mayor Jim Boult has declared a conflict of interest in relation to the Lakeview project, due to him being a member of the Advisory Board of Downer NZ, one of the Lakeview contractors.

The Lakeview development, if approved, will sit right in the middle of Queenstown’s most scenic, and valuable, real estate just above the CBD and right next to the Skyline gondola.

Council-released concept images only show buildings that are four or five floors in height. The Skyline gondola building is in the background.

Crux revealed last week that QLDC decided, without public or councillor approval, to sell the 10-hectare site for $75 million over 20 years – but with a commitment to spend at least $55 million (and rising) on associated infrastructure. The sale of land will actually leave Queenstown residents facing an extra rates hike of up to 0.37% over the next 10 years.

The council’s infrastructure spend was originally estimated at only $19 million but has mushroomed over recent months, including the extra cost of $6 million to remove previously undiscovered asbestos from the site.

The Australian Developer, Ninety Four Feet Ltd, recently told BusinessDesk that Lakeview will be worth around $2 billion when finished. Ninety Four Feet is the majority player in a partnership that also involves NZ's Centuria Capital and Britomart Hospitality. The Ninety Four Feet group is also building the thirty floor 51 Albert $250 million hotel project in Auckland that broke ground in early July. The project includes a $13 million penthouse.

The Queenstown Lakes District Council is under increasing pressure to explain why they delegated authority to their CEO Mike Theelen to structure the $75 million, 20 year payment deal, when they could have sold the land outright for $42 million with only minor ground works being necessary. The decision was not voted on by councillors or shared with ratepayers in terms of community consultation. Even at $42 million income the deal represented almost half the council’s annual expenditure of $100 million. QLDC spent $400,000 with property consultants in coming up with the 20 year sale plan.

Some residents are now complaining loudly and there’s even talk of a Judicial Review similar to the case lost by QLDC earlier this year when a judge ruled the Council’s community consultation over the expansion of Wanaka airport was so incomplete as to be unlawful. The $550,000 a year CEO of the Queenstown Airport Corporation (QAC), Colin Keel, resigned only weeks before the court decision. QAC was also a second respondent in the judicial review.

Crux has today again approached the Minister for comment, as well as the Ministry for the Environment. We asked QLDC yesterday for a copy of the second undisclosed Lakeview masterplan that we understand doubles tower block heights from the original plan ( 5 -7 stories) to 50 metres of height or around 12 - 17 floors.

All of the concept drawings, including those released by QLDC to Crux today, only show heights of around 5 floors. 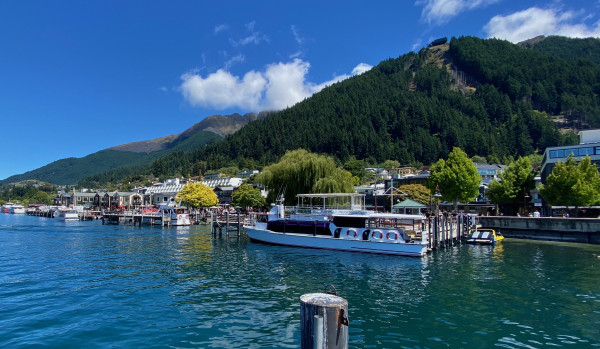 The photo above shows the exact position of the new Lakeview tower blocks (centre of image) if the project gets the go ahead.

The previous occupants of the Lakeview land, living in cabins that were seen as Queenstown's last surviving affordable housing, were evicted and their cabins demolished to make way for the new development.