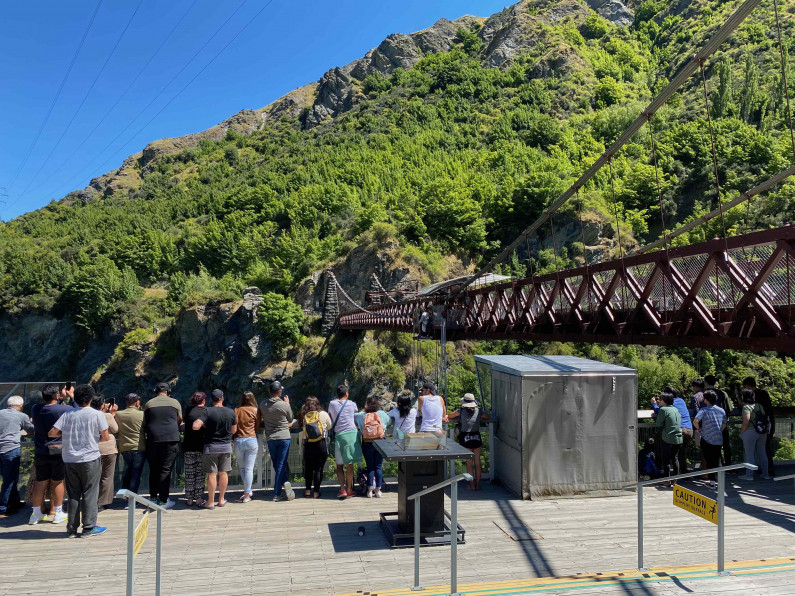 This holiday season has looked very much like business as normal for bungy enterprise A J Hackett with no sign of a Government audit linked to their $10 million mix of grants and loans from the taxpayer.

New Tourism Minister Stuart Nash issued some very stern warnings when he visited Queenstown late last year, promising a "knock on the door" for any businesses that had not played by the rules in applying for Government support in the wake of the Covid pandemic, adding that the Government would be looking carefully at the recipients of major funding. The Minister also said it was time to stop asking local ratepayers to subsidise the tourism industry.

The A J Hackett car park at the Kawarau River bungy site was often full during the Xmas/New Year holiday period.

A J Hackett benefited from both the Strategic Tourism Assets Protection Plan (STAPP) and the Government wage subsidy scheme.

A J Hackett via its two trading companies has received around $2.4 million in wage subsidies, in addition to the $10 million STAPP package, but appears to have no plans to pay anything back

We asked the company today if they had paid back any of the wage subsidy and what business had been like over the past few months. Here is their response via their PR agency:

"AJ Hackett Bungy New Zealand does not have any further comment regarding the status of STAPP funding or its business."

Crux accessed the funding application documents from A J Hackett under the official information act in 2020 that showed potential issues around two key undertakings:

Company responses to these two key questions were not clear in the initial documentation but MBIE says that they have since received "assurances" on both of these points.

A J Hackett simply said there was "no response" from their bank re: support funding, and no mention of shareholders, when they completed their initial Government application form. Source: NZ Government/MBIE via OIA.

Here is information released to Crux today by the Ministry of Business, Innovation and Employment when asked about the A J Hackett Government funding, in the context of Minister Nash's "knock on the door" promise.

So, for the time being, that is where matters stand.

Main Image: The A J Hackett bungy bridge over the Kawarau River on December 28th, 2020.