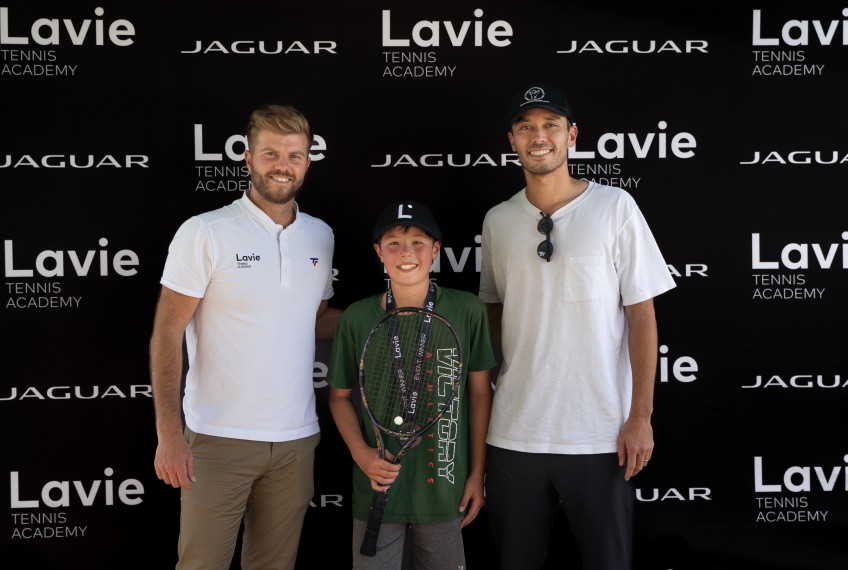 An up-and-coming young tennis player from Queenstown has qualified to play centre-court at the ASB classic as part of a new junior tournament.

Justin-Li Moroney has earned a spot to compete in ‘The Road to the ASB Classic’, designed to  give promising talent the opportunity to shine at the country’s biggest tennis tournament .

Up for grabs: the inaugural Jaguar Cup.

The tournament involves a series of regional draws across the country for tennis players under the age of 14 to compete for a place in the 32-player main pool, which will be played on the courts at ASB Classic in January.

It’s a chance for young tennis stars to experience what it takes to compete at the top.

The initiative has been designed to improve the breadth and depth of tennis talent – as it’s been over a century since New Zealand had a tennis player in the top 10 world ranking, with the closest player, Chris Lewis, reaching number 19 almost three decades ago.

This weekend it was Queenstown’s turn to find its best local talent – and 11-year-old Justin-Li led the pack,securing his place at the ASB Classic.

The youth-focused tourament’s been driven by the Jaguar and Lavie Tennis Academy , and the academy’s owner and founder Sebastian Lavie says it aims to inspire young players from clubs around the country.

He’s looking forward to seeing how the young Queenstown athlete performs in front of crowds in January.

“We’re delighted to give these future tennis stars an incredible opportunity to perform at the ASB Classic. The Queenstown players have competed well so far, with some exciting matches and great talent. It’s going to be an exciting time to see the best young talent from around the country compete surrounded by big crowds and some of the world’s best tennis players.”

Proud to support the next generation of tennis stars, New Zealand-born professional tennis player Ben McLachlan says Queenstown has always had great talent but lacked opportunities for young players to compete outside the region and gain the knowledge of what is required to reach the heights of the game.

"The Road to the ASB Classic is such a great initiative between the Lavie Tennis Academy and Jaguar, building a pipeline for young tennis players in New Zealand. I’m very excited to see the impact of the event in the years to come.”

Playing at ASB Classic is an opportunity of a lifetime for the young players and one that is usually only achieved with individual funding or sponsorships. Each of the 32 kids from across the country will compete in four matches during the ASB Classic, with hundreds of spectators able to watch, culminating in live finals on centre court ahead of the ASB Classic Men’s Final on Saturday, January 14.