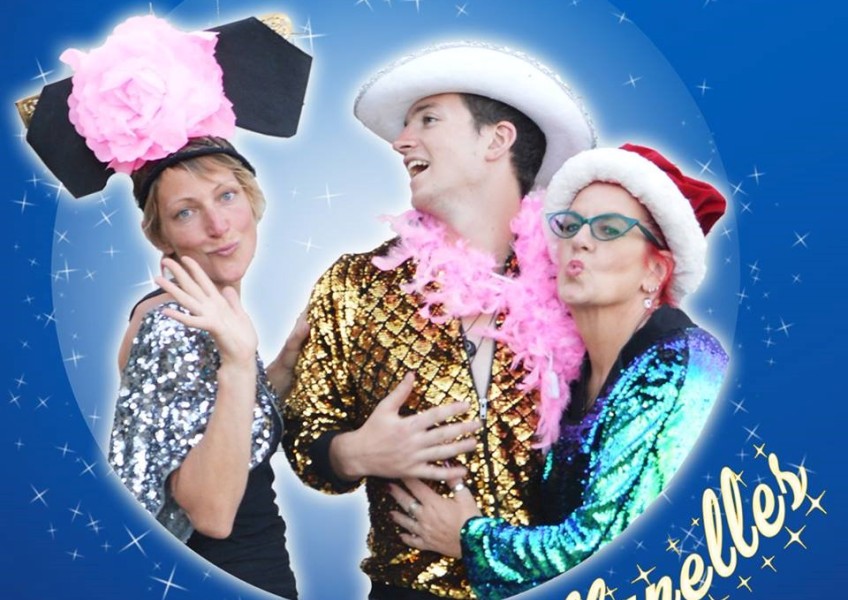 A good time for a pantomime

It’s the start of December, which means Christmas is imminent. With it will come midnight shopping, overeating, and, for some of us, the desire to dig a deep hole under the broom that is hijacking the garden and climb in until the whole thing is over - except for this: it’s pantomime time!

The Wanaka Pantomimers kicked off this Christmas tradition in our region last year with the inaugural Wanaka panto, Cindy and the Villanelles - a hilarious, and un-heteronormative, take on the story of Cinderella.

The Southern Lakes is a multinational kind of place, and not everyone here will be familiar with panto. I wasn’t. I grew up in Canada, where we still have the Queen on our money, but have given away other colonial traditions like tea, polo, the class system and, it turns out, pantomime.

Pantomime is a British institution that dates back to Elizabethan times. Literally translating to “all kinds of mime”, it is a form of theatre that mixes fairy tale narratives with slapstick, cross-dressing, double-entendres, and a lot of audience participation involving, singing, dancing and yelling “oh yes he/she/it is!” repeatedly at the actors. Also, the baddies come in from one side and the goodies from the other (like in Shakespeare) and there is always a magical animal, such as a horse – or more specifically, a horse suit worn by two actors, one playing the head, one the rear.

It’s also a type of community art – which, according to The Irish Times, can be defined as everything from “a challenge to dominant artistic hegemonies by rejecting the autonomy of the institution of art in favour of a revitalisation of the avant-garde attempt to integrate art and everyday life” (Rhona Henderson) to the more straightforward "art happening in a community context" (Peter Sheridan).

Both tie into the concept of “cultural democracy”, the idea of making art available to as broad a section of society as possible, to value low art as much as high art, and to use art as an agent of change from the street up. Empowering communities through the creative fields really started to grow in the post-war era, and took off in the sixties when theatre, visual arts and music all became instruments of the social upheavals of the time.

However you define community art, there can be a wee bit of snobbery about it – a belief that local productions equal cheap sets and bad acting – but, as Cindy and her Villanelles proved, it’s snobbery that is misplaced.

What is brilliant about local theatre, from high school musicals to a pantomime starring half the town, is coming away delightfully surprised by how much talent lurks below the surface of the place you live in. The actors in Cindy, from school pupils to a youth worker to a (male) GP in balloon-stuffed undergarments, showed off perfect comedic timing, and the writing was tight, the in-jokes spot-on, and the pantomime horse just the right amount of tatty.

I’ve paid a lot of money to see professional music and theatre that wasn’t nearly as good as the Wanaka panto, and it was an example of how art can engender cohesion and pride in a community – the audience walks away entertained, but also with a collective sense of, “hey, look what our town, and our people, can do!” It was also an example of the way humour can cut through serious social issues - in this case growth, addressed through a paved-paradise, put-up-a-parking-lot storyline that acknowledged real fears residents here are dealing with.

Christmas may be coming, the parking lots may be multiplying, but let’s take comfort in the universal truth that there is little funnier than an adult dressed up as the back end of a pony. Oh no there isn’t.

This year’s Wanaka pantomime, ‘Jac (who is resilient) and the Beansprouts’, runs from December 19 to 22 at the Lake Wanaka Centre.