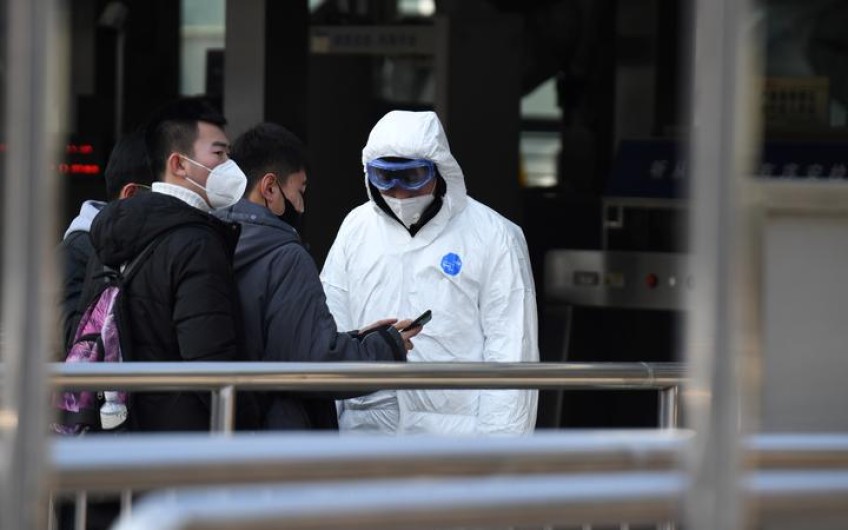 Many Chinese New Zealanders are saying clearer advice is needed from authorities as the death toll from the Wuhan coronavirus now reaches 26, with more than 800 infected in China.

Originating in the Chinese city of Wuhan, which has a population of more than 11 million, the virus has spread to countries including Thailand, Japan, South Korea and the United States.

With many people returning from New Year celebrations in China and the new school term about to begin, some feared the virus could be just a plane-ride away.

"A lot of parents and children are coming back to New Zealand after this week because the Chinese New Year [will be over by then]. I think there will be big challenge to not only school but the whole society."

Sun said he had phoned the Ministry of Education and was drafting a letter asking it to improve communications with health authorities to curb panic among the community.

"If you pay attention to the local Chinese social media, you'll see the panic level is reaching to a new level. The Chinese community is very panicked."

Sun said there were simple things everyone could do instead of panicking.

"Regular hand washing, like how to cover you cough and sneeze, what kind of syndrome you should be aware of. I think education, promotion and advising to the students are very important and also their parents," he said.

Auckland mum Mrs Wu, who did not want her full name used, has an eight-year-old son visiting his grandparents in Wuhan and had told his school about the situation.

She said everyone needed to play their part in preventing the virus from spreading.

"People who are in China now, they can either call or email your associates in New Zealand - when you went back to China, where you are and all the other details - although I don't know what coping measures will New Zealand take.

"I think that means you're taking responsibility for yourself, as well as others," she said.

Several schools sent emails to parents advising them about the symptoms of the virus warning students with high temperatures to delay their travel back to New Zealand and stay away from school for a week if they had been in Wuhan recently.

Deputy Secretary for Education Katrina Casey told RNZ in a statement officials were working closely with the Health Ministry to ensure they had the most up to date information.

"The first thing we have done is provide information to our regional teams to use as they receive enquiries from Principals and Leaders of Early Learning Services," she said.

"We understand that a lot of the guidance we have previously sent to schools for the management of the measles outbreak last year will still be applicable. The Ministry of Health is reviewing that content for us. We expect to have more comprehensive advice to go to schools either today or Monday."

The Institute of Environmental Science and Research said it should have a lab test set up to screen for the deadly virus by the end of next week.

The Ministry of Foreign Affaris and Trade was encouraging all New Zealanders travelling to China to register with the safe travel website to stay up to date with travel alerts.

The World Health Organisation announced today the outbreak was not yet at the point where it needed to declare an international public health emergency.