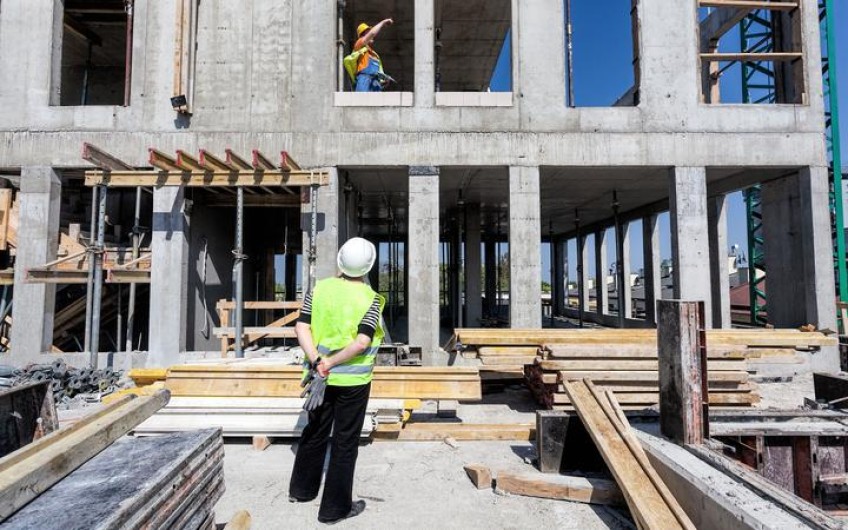 Concrete investigators say their scanning shows many buildings have not been constructed according to the plans.

It is using ultrasound technology developed with Crown agency Callaghan Innovation, to look up to two metres inside concrete columns, beams, walls and floors.

The technology is "pioneering", Dr Paul Harris of Callaghan Innovation said. They also use ferro-scanning and ground-penetrating radar.

Critical structural parts were defective or missing in 1100 of the 1200 buildings they had scanned since 2016, Ms Roach-Gray said.

"The divide occurs between what's in the plans and what ends up in the structure," she said.

"Some key structural elements are not going in correctly or they're not going in at all, and of course, once they're covered up with concrete, we - any of us - don't know what's actually gone into the building."

Her partner Michael Roach-Gray has four decades experience managing construction sites. He thought he had seen it all, until he began looking inside concrete.

He said to call it a "crisis" was to understate it - "it's bullshit", he said bluntly.

"Cover it in concrete, nobody will know," he said.

"And when the structural elements aren't there, like they should be, like they're on the drawings, and they're sitting in the waste bin at the skip, they just say, 'Oh, nobody will know'."

The weakened structures include apartment blocks, offices, public building, most constructed since the 1980s, and some new or still-to-be-finished buildings, including in Auckland, Hamilton, Tauranga, Hawke's Bay, Wellington and Christchurch.

The buildings cannot be identified for legal reasons.

The investigators were aware of legal action being taken, but in each case they knew of, it had been settled out of court - keeping the problems out of the public eye.

Commonly, consulting engineers find a flaw, and call in scanners, who find many other faults. In other cases, a contractor closes down, and the new builder who is brought in asks for scans, to be sure of what they are dealing with.

The worst Michael Roach-Gray has seen? An extension to a busy public building in Wellington, scanned after the Kaikōura earthquake rang serious alarm bells, with a heap of steel - starter bars, drag bars, saddle bars - missing or installed so as to render them useless.

People had been evacuated from buildings that scans had picked up problems in, after that 2016 quake.

It was a problem for earthquake assessments now as these relied on the plans being an accurate representation of what had been built, he said.

Jane Roach-Gray outlined a half-dozen discoveries, in a report that has gone to the Building Minister:

Seven metres below sea level in the basement of a large construction project near the waterfront the waterproofing was botched. Load-bearing walls were "saturated with water. There was severe saltwater ingress in the new construction". "What was shocking was to see this construction being continued on despite the basement being compromised. At the time we were working there, levels above were being erected. All that load was bearing on panels with compromised connections and seawater compromised concrete panels, certainly enabling corrosion. And from the outside was the pressure of tons of water against the structure." In a six-year-old building, reinforcing steel that had rusted back to half its proper thickness. More than 200 scans of a structure still being worked on, where at least 30 percent of the concrete was too thin, exposing the structural steel to more rapid corrosion. A random sampling of drossbachs - connectors between concrete floors and walls, comprising steel rods inserted into holes then glued with superstrong grout - on a modern building that found a 100 percent fail. A medical structure was shut down at substantial cost to fix concrete because "health and safety was at issue". A new shear wall built to withstand quake loads, that was littered with more than two dozen invisible voids in the concrete.

"The contractors on site decided they'd try and hide the fact.

"It was only by fluke that the engineer happened to just see a spot on the concrete - a little pithole - and he put his finger on it and he could've stuck his finger right through it."

The better engineers used the data to fix the buildings, but they knew this was not always the case, the partners said.

"At a construction underway, voids were found in the foundation wall," Ms Road-Gray said.

"Basically, we were left with the impression that as soon as we could identify a problem on this job ... the client was keen to see us offsite."

They were not trying to scare up business, Michael Roach-Gray said - they were plenty busy, and did not actually want to do this forensic work, which was like being the "ambulance at the bottom of the cliff", but wanted to return to what they set the company up for in 2013, to find ways to improve existing buildings.

Building Minister Jenny Salesa and the Ministry of Business, Innovation and Employment have been approached for comment.