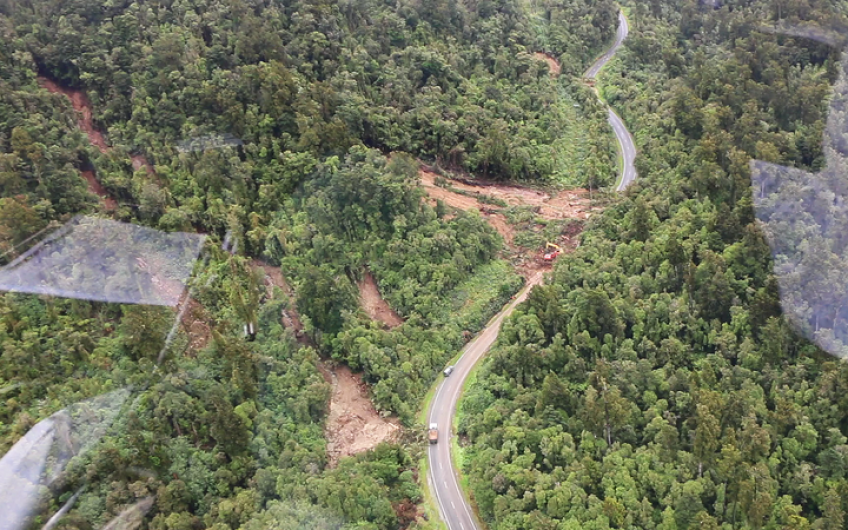 Westland Mayor Bruce Smith says a huge slip that has severed his district could have a bigger economic impact than the washout of the Waiho Bridge earlier this year.

The tourist meccas of Franz Josef and Fox Glacier were relying on a good season this summer, after losing hundreds of thousands of dollars when the March washout left them cut off from the north for three weeks.

Mr Smith said road access to the glaciers and the 44 dairy farmers cut off near Whataroa should be possible from the south in the next few days.

But access from the north would take much longer, because a large section of Mt Hercules had come down onto State Highway 6 south of Hari Hari.

He said engineers were hoping to assess things today.

"Wanaka to Franz will be open very quickly as will Hokitika to Hari Hari. The piece in the middle is Mt Hercules and all I can say is looking at the photos, this is a bigger problem than the Waiho bridge."

The stranded dairy farmers would also have to discharge the milk through their effluent systems, Mr Smith said.

He said the timing of the slip was a blow to the farmers as cows were milked at this time of year, meaning the farmers would miss out on vital cashflow.

Meanwhile, the police were hoping to lead a convoy of tourists south and out of Fox Glacier at some stage today.

The news was not so good for an estimated 600 stranded in Franz Josef, because the road south was unlikely to be usable for at least three days.

Franz Josef has power at least, after electricity from Lake Wahapo was redirected to the township.

But Fox Glacier could be reliant on emergency generator power for some time after powerlines were brought down due to the slip at Mt Hercules.

The slip took down the 33kV line which powers the township.

Mr Smith said contractors were unable to repair the powerlines as State Highway 6 was blocked as a result of the slip.