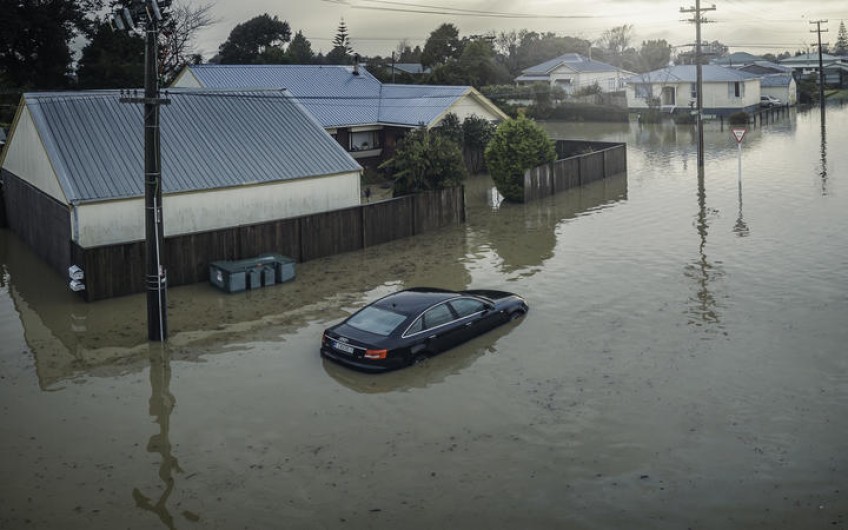 A severe weather forecast for the South Island could herald the end of the golden weather.

The forecast from MetService shows heavy rain for the South Island's western ranges from tomorrow to Friday, with potential for flooding, slips, and hazardous conditions for trampers.

Niwa says the West Coast could see half a metre of rain over the rest of the week.

"So, this will be a high impact rain event for a traditionally wet area of the motu, that is the West Coast of the South Island."

But even areas between Abel Tasman down to Milford Sound could expect up to 700mm of rainfall over multiple days.

"That will certainly increase the risk for slips, flooding. So people who are tramping ... certainly want to reconsider your plans if not put them off."

He said heavy rain was forecast from Wednesday to Saturday.

Climate change and recent flooding: What you need to know

Brandolino said tropical fronts from Australia would be bringing the rain down from the Timor Sea.

"An atmospheric river is kind of a stream ... the name might suggest of moisture coming from the tropics and subtropics so it's the transport of unusually high moisture content. And oftentimes this is responsible for New Zealand's big rainfall events and we get this transport of tropical moisture."

Brandolino said the wet weather may also affect Wellington and the eastern South Island at the start of the long weekend.

"But we're hopeful things improve for the second half of the long weekend."

"We're talking to the community coordinators around the Westport area, but we're all very concerned about what could eventuate."

Brown said the region's activation centre was expected to be up and running today.

She said a dry summer had made the ground extremely dry and this would increase the risk for slips and flooding.