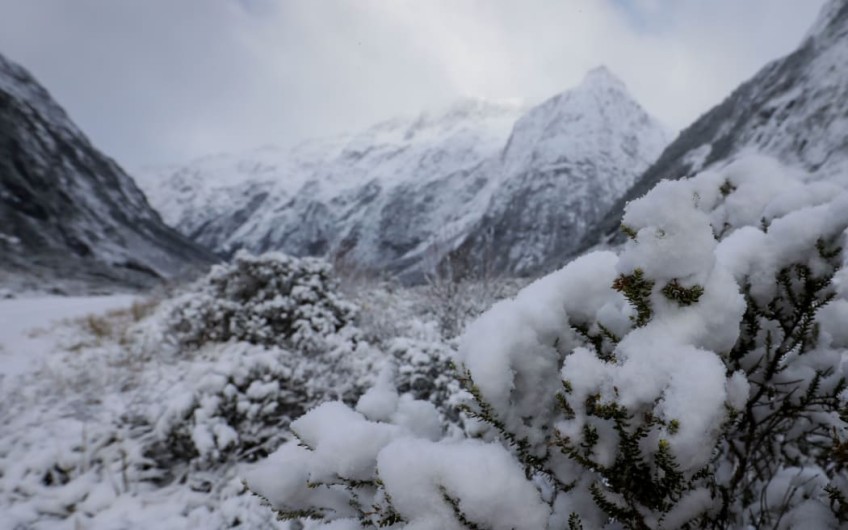 Heavy rain and snow warnings have been issued for parts of the South Island as the week starts off with frosty temperatures.

Anyone heading into the backcountry is urged to check the conditions, with dangerous avalanche warnings in place for much of the Southern Alps.

For Arthur's Pass, the warning is down to sub alpine terrain with more rain and snow forecast by tomorrow.

An avalanche large enough to kill, bury or injure a person was sighted at Mt Alymer in Aoraki Mt Cook national park over the weekend.

There have been similar size avalanches on north and east facing slopes in Wānaka last week.

Alerts for heightened conditions are in place for Nelson Lakes and Two Thumbs.

MetService has also issued a severe weather watch for heavy rain about Westland, and heavy snow about the Canterbury High Country.

MetService meteorologist Peter Little said: "Snow is forecast to fall down to 400 metres over inland parts of the South Island during Monday and Tuesday, affecting many higher roads and high country farms, while the influence of the relatively warm ocean means the snow level will be a few hundred metres higher near the coast.

"Saint Arnaud was coldest on Monday morning with a low of -3.7C, while our weather station at Eastern Rangitaiki, near the western summit of the Napier-Taupō Road, dropped to -2.9C."

He said snow showers were forecast down to 400 metres over southern New Zealand on Thursday and Friday, which would once again affect some higher roads from Canterbury southwards.