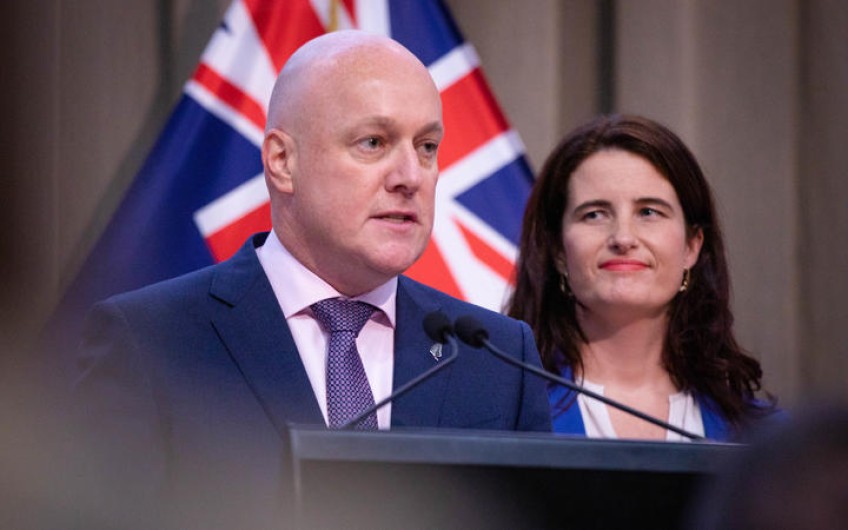 The party reshuffle comes after a fraught dispute between Collins and the third former leader in the party, Simon Bridges, saw Collins ousted and replaced by Luxon, who has been in Parliament for just a year.

Bridges, who stepped out of the running for the leadership and backed Luxon with just over an hour before the caucus vote, was handed the Finance and Infrastructure roles and the number three ranking by Luxon on Friday last week, the only roles to be confirmed before today.

Collins drops from number one as leader to number 19, with just the Research and Innovation, and Technology portfolios. Muller was unranked - below the top 20 - and given Oceans and Fisheries and Internal Affairs.

Luxon said the line-up was based on merit, and matched MPs' strengths and skillsets.

"I have deliberately selected a Shadow Cabinet of 20 members to match the Government's Cabinet. I'm confident that when you put any of National's Shadow Ministers against their Labour counterparts, you'll see that National's MPs have the deep experience, the political skills, the work ethic and the intellectual grunt to come out on top every time," Luxon said.

"We will be a government-in-waiting that will relentlessly hold this spin-heavy and PR-driven government to account, and focus on proposing detailed, constructive and intellectually rigorous solutions."