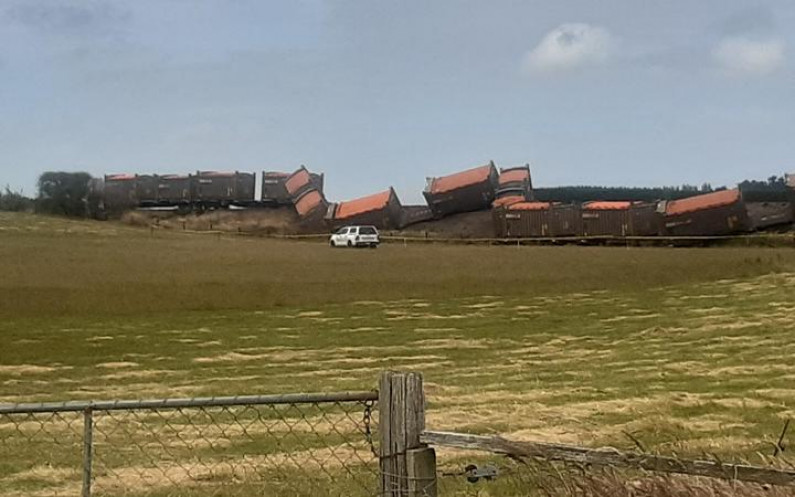 A large freight train has derailed in Wright's Bush, just outside of Invercargill.

A spokesperson for KiwiRail said the train derailed at about 8.30am this morning between Thornbury and Makarewa on its journey to Nightcaps.

No-one was injured, nor was any property damaged, but eight empty wagons toppled over, the spokesperson said.

KiwiRail said an investigation into what caused the incident was underway and it will take about a week to repair the track.

Main Image: The scene of the derailment. Photo: Supplied / Whatsonsouthland.nz