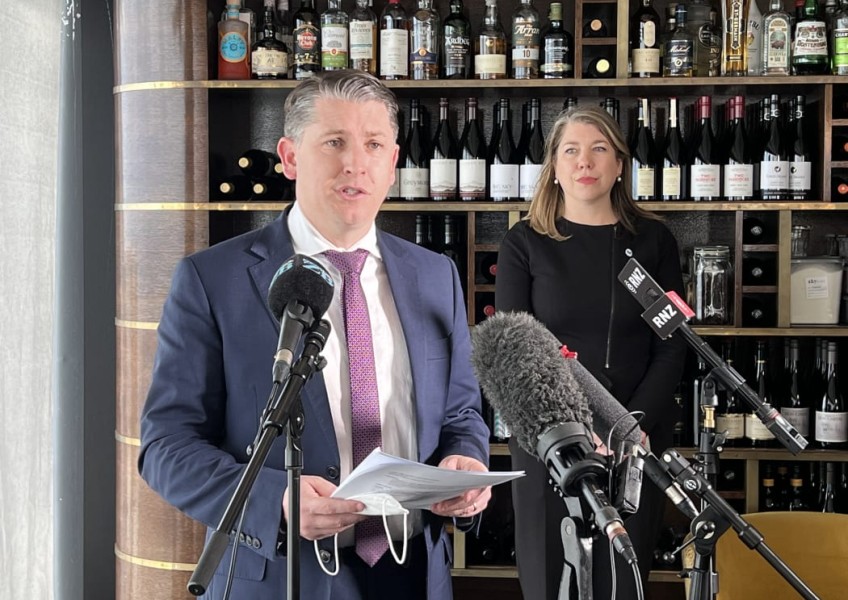 Thousands of extra workers to be allowed into New Zealand

The government will allow some sectors to pay skilled migrant workers less than the new median wage requirements in a bid to address workplace shortages across the country.

It is also doubling the Working Holiday Scheme cap for 2022/23 and extending holiday makers' visas.

Announcing the changes today, Immigration Minister Michael Wood said they were aimed at providing immediate relief to those businesses hardest-hit by the global worker shortage.

"We have listened to the concerns of these sectors, and worked with them to take practicable steps to unlock additional labour," he said.

"We know these measures will help fill skills gaps, as businesses work towards more productive and resilient ways of operating."

Businesses that were hiring skilled migrant workers in a number of key sectors would be exempt, for a limited period, from the new median wage requirements.

Wood said this would keep wage requirements during a transition period more in line with what they were under the old immigration settings.

"When we launched the immigration rebalance we heard from key sectors they would need time to transition to the new rules," Wood said.

"We have worked urgently alongside industry to develop sector agreements for the aged care, seafood, meat processing, construction and snow and adventure tourism industries that will be put in place from today."

Each of the agreements also included expectations for improvement, Wood said, including the implementation of workforce transition plans and industry transformation plans.

"Performance against these will be monitored and feed into reviews and decisions about future access to migrants below the median wage," Wood said.

To address the shortage of casual workers more generally, the government would temporarily increase access to the Working Holiday Scheme which it said would allow 12,000 additional working holiday makers to come to the country.

Those already here on working holiday visas expiring between 26 August of this year and 31 May 2023 would have them extended by six months.

And people who previously held a working holiday visa but who missed out on travelling to New Zealand due to the pandemic would also be issued with new visas from October, allowing them to enter New Zealand by 31 January 2023 and remain in the country for 12 months.

Covid-19 had brough the world to a "standstill", Wood said, and that was particularly being felt by the hospitality and tourism sectors, which traditionally relied on international workers.

"Since our borders have fully reopened we are seeing the return of working holiday makers with approximately 4,000 already in-country and over 21,000 have had their application to work here approved," he said.

"These changes will have a positive impact on the workforce, and will make the most of the increase in working holiday makers we expect to welcome during the peak summer season."