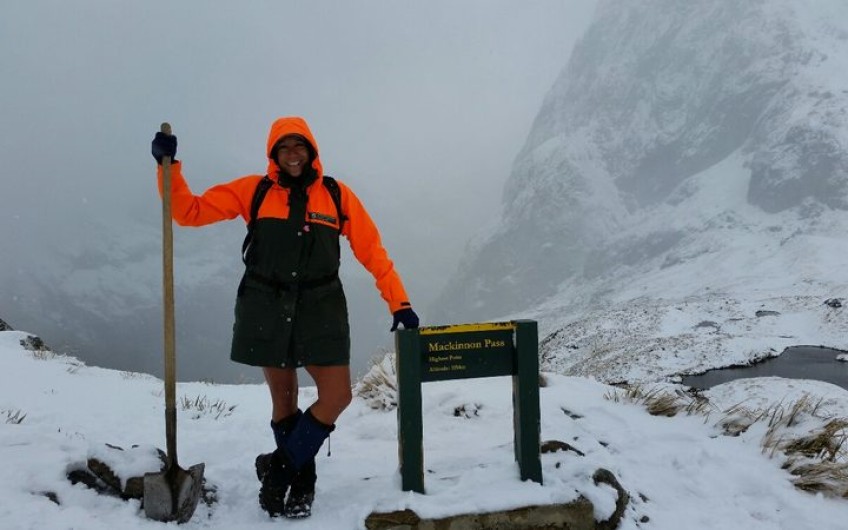 Bookings by New Zealanders on the southern walks of Rakiura, Kepler, Routeburn and Milford track are up almost 13 percent on the same time last year.

The Milford was now fully booked for the Christmas and New Year break, DOC said.

It followed a similar trend last season, after the government introduced a price differential, which saw overseas tourists pay up to twice what New Zealanders paid for a bed in a Great Walks hut.

By the end of the 2018-19 season there were 31 percent fewer international adult visitors to the tracks, but 37 percent more adult New Zealanders compared to the previous year.

Nelson man Roger Waddell was upset at missing out last year when online bookings went on sale and sold out in a flash.

He said he did not even try to book this year, but had gone overseas instead, to Italy, hiking in the Dolomites on what he said was his first overseas trip in 30 years.

DOC said bookings for all the country's nine Great Walks were up 5.5 percent by late September this year - the latest figures available - on the same time as last year.

The data up to 30 September showed that almost 28,000 people had booked to hike the four southern walks. That was made up of 12,000 international visitors and 15,820 New Zealanders.

The Routeburn was the most popular, with 9779 bookings for the 2019-20 season up to the end of September.

A DOC spokesperson said vacancies remained outside the main holiday peak of Christmas and New Year. The Milford Track was fully booked over this time, with bookings more than 70 percent full on the Rakiura Track, and more than 80 percent on the Keplar and Routeburn tracks.

The tenth Great Walk - the Paparoa track across the alpine tops and West Coast rainforests - is due to open on 1 December.

The 56km trail is a shared hiking and mountain biking track in Paparoa National Park. It was created as a memorial for the 29 miners who lost their lives in the Pike River Mine disaster.