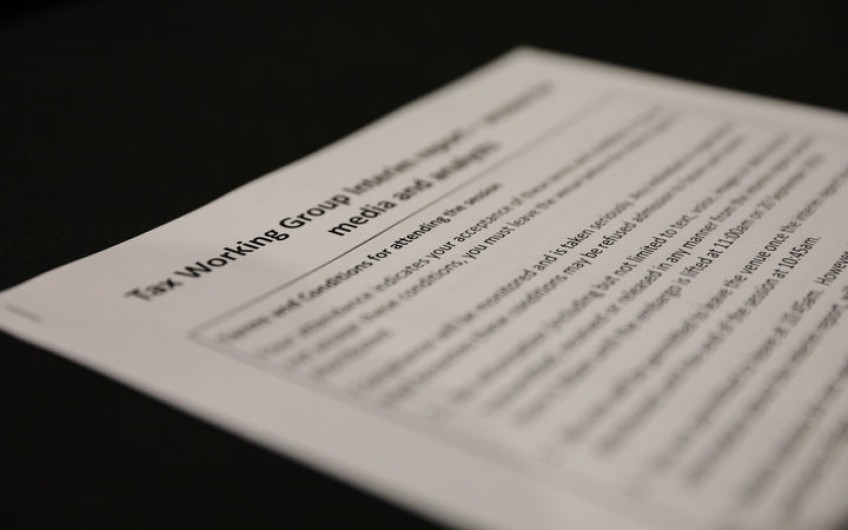 Opinion - Though it may not have settled on an answer yet, yesterday's interim report by the Tax Working Group was crystal clear about the problem: we have a tax system that does very little to enhance fairness and reduce inequality, writes Max Rashbrooke.

Tax has many technical aspects, but fundamentally it is a question of values and judgement. Some of people's income is due to their own hard work, but some is also down to factors outside their control, notably luck, upbringing, support from family and friends, and the benefit people get from using publicly-provided services such as roads, schools and hospitals.

Hence we use the tax and welfare system to replenish the pool of money available to provide those services and compensate the unlucky.

But the working group's interim report shows we don't actually do very well on that front. Out of 37 developed countries, only eight do less to reduce inequality.

New Zealand's rich pay only slightly more of their income in tax than the poor do, because GST takes such a big chunk out of the smallest pay packets. That runs counter to what most people would expect, which is that those who can most afford to contribute - and who have benefited most from our public infrastructure - should contribute significantly more.

While the richest citizens still pay a large share of the tax take, that is only because they earn so much of the income in the first place.

The need to restore fairness runs like a silver thread throughout the working group's analysis. Hence one of its preferred options is to tax nearly all the gains that people make from selling assets.

This makes sense: why should someone who makes $50,000 selling shares not pay tax just like someone on a salary of $50,000 does? Such a tax would help generate revenue to pay for much-needed improvement in our public services - cutting the cost of going to see a GP, for instance, or providing extra support for struggling low-decile schools. The working group estimates - very roughly - that such a tax could bring in an extra $6 billion a year within a decade.

It would also help reduce inequality, because these so-called capital gains will be largely the preserve of the very well-off. Indeed, many of these people have become adept at disguising their income as capital gains in order to avoid paying tax.

Owing to political sensitivities, the working group was not able to argue for a capital gains tax that covers the family home. This is a complex issue. The social and emotional dimensions of the house in which one lives are far more important than its economic value. But at the same time people do make large sums when selling the family home.

In an ideal world, then, we might do as other countries do, and exempt a certain amount of the gains on selling the family home from tax - perhaps up to the value of the average house - but tax any gains above that.

There are, of course, some downsides to introducing a thorough tax on capital gains. It creates more reporting requirements, and could encourage people to hold on to assets for longer. But these seem like minor problems when set against its major benefits.

Whether or not such a tax is introduced will of course be a political decision. New taxes are rarely greeted with squeals of joy. But research by pollsters UMR, commissioned by the Council of Trade Unions, shows nearly two-thirds of New Zealanders support the working group's proposed tax. The idea of the 'fair go' may be alive and well.

* Max Rashbrooke is the author of Government for the Public Good: The Surprising Science of Large-Scale Collective Action, published this month by Bridget Williams Books.

Main Image: The interim report by the Tax Working Group shows out of 37 developed countries, only eight do less to reduce inequality. Photo: RNZ / Richard Tindiller