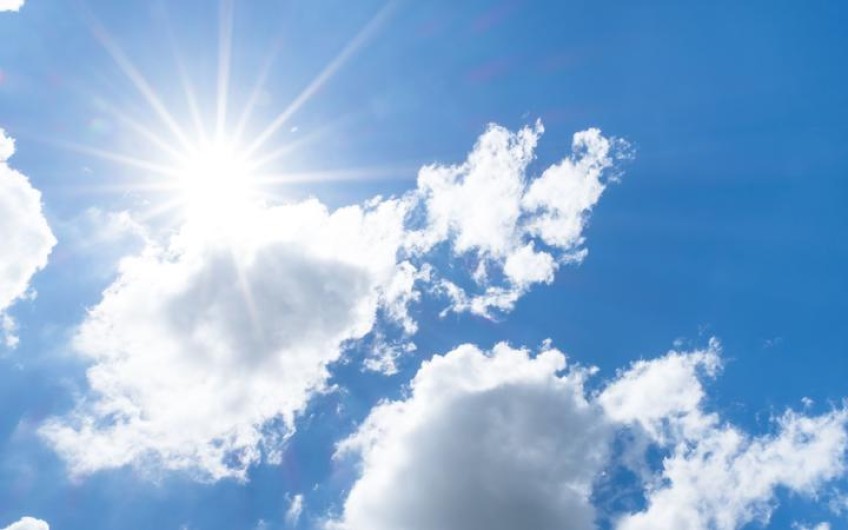 Summer has well and truly arrived, though some places around Aotearoa may be a little too hot in the next few days.

It was hot today with Millers Flat in Otago getting to 32.5 degrees at 4pm. Other hot spots were Lower Hutt, Invercargill and Taumarunui reaching 32. 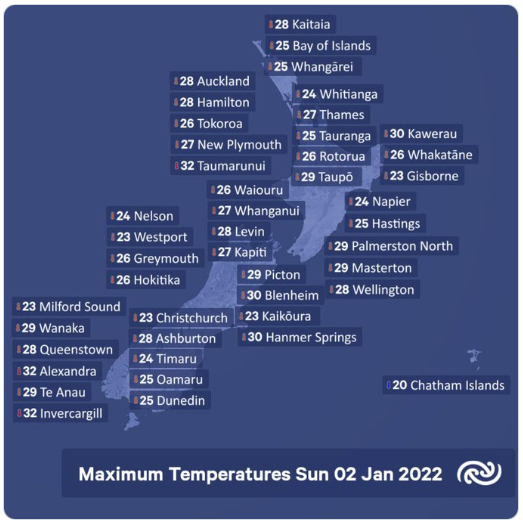 Lower Hutt was the warmest centre this afternoon, on 32.3 degrees, pipping Invercargill on 32.2 and Otago's Miller's Flat on 31.9.

Invercargill's temperature is its second hottest January day since records began in 1948.

"This alert is for today and the next few days coming," she said.

Makgabutlane said other affected areas include the central North Island, Central Otago and the Southland region.

The alert can also act as a public health measure, and a reminder that people should look after themselves when out enjoying the sun.

"We would definitely be recommending ... for people to drink plenty of water; where possible, staying out of the heat; making efforts to keep cool and also looking out for and keeping an eye on people who are a little bit more vulnerable to the heat," Makgabutlane said.

Lower Hutt's outdoor pool, McKenzie Baths, had its busiest day of the season so far.

Assistant manager Eli Davidson said he had to call in more lifeguards within half an hour of the pool opening.

MetService is continuing to monitor other centres in case they need to be added to the alert.

''Possibly the Bay of Plenty could see a heat alert being triggered in the next couple of days. We've got temperatures in the upper 20s and maybe even touching 30 degrees later on this week.

"We're also looking at places in the Waikato, so Hamilton could possibly be in there as well [with] temperatures in the 30s for the next couple of days."

Makgabutlane said temperatures are expected to drop down again with a southerly change later on in the week.

"Midweek we have a bit of a southerly change coming through which serves to cool things down just a little bit, with temperatures towards the lower and mid-20s for a lot of the country."

But she said not everyone will be seeing a reprieve quite so soon.

"Further north, it looks like [the] cooler air doesn't quite reach by midweek, maybe by next weekend the temperature will drop down again there."