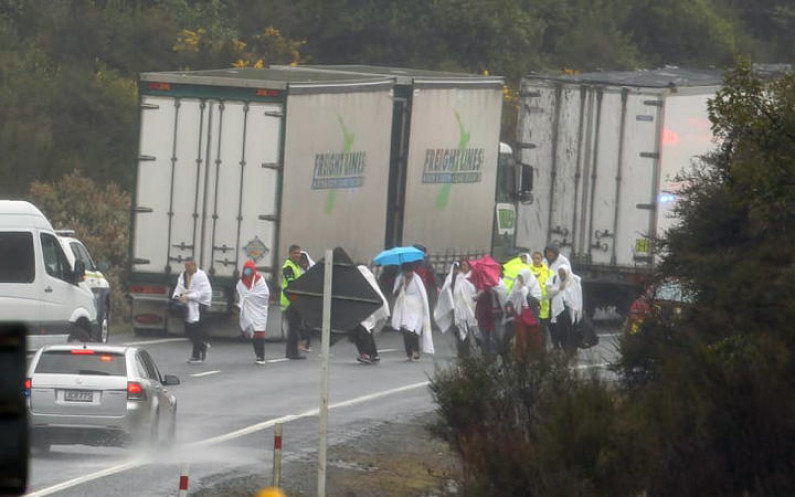 Emergency services are responding to a serious crash on State Highway 5 in Ngātira.

A bus has rolled in Ngātira, west of Rotorua, closing the road.

Five helicopters, three ambulances and a St John manager have been sent to the scene.

Diversions are in place and police are asking drivers to avoid the area.

The Transport Agency said long detours via Tauranga or Tokoroa will be required.

Information on injuries is not yet available.

St John was notified of a serious crash involving a bus on SH 5, Ngatira at 11:19 am. We have dispatched five helicopters, three ambulances and a manager to the scene. We are assessing patients and will update with any further information as it comes to hand.

A worker at Duncan Processors, a processing plant near the crash scene, said the area was remote.