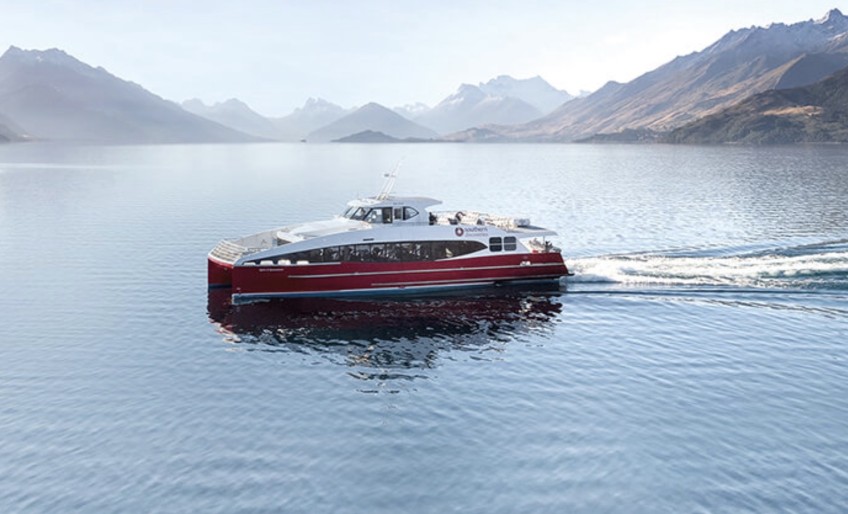 A Queenstown tourism operator has been fined and ordered to pay a former employee who was seriously injured on one of its boats $35,000.

Southern Discoveries pleaded guilty to one charge under the Health and Safety at Work Act 2015 of exposing an individual to a risk of death of serious injury.

The Queenstown District Court ordered Southern Discoveries to pay a $160,000 fine, costs, and $35,000 in reparations for emotional harm and consequential loss to the employee.

On 27 February last year, the employee was cleaning the main saloon of the passenger vessel, The Spirit of Queenstown - which operates scenic cruises across Lake Wakatipu between St Omer Wharf and Mt Nicholas Farm.

The worker stepped back and fell more than two metres through an open hatch, landing on their back. The hatch had been left open by a colleague the night before.

An investigation by Maritime New Zealand highlighted a series of failures that led to the incident.

Hatches were identified as hazards on Southern Discoveries register, and induction training was in place regarding their safe use.

However, its employees working at Mt Nicholas Farm only received a health and safety induction for the farm, not The Spirit of Queenstown.

Orange safety cones were only used to signal the hatches were open when contractors were working on board.

The employee was not aware or told by their colleagues that the hatch was open.

Southern Discoveries has since changed its practices to address the issues raised.

Hatches needed to be securely closed when not in use and procedures needed to be in place to manage the risk when they were open including the use of physical barriers and effective communication.

Maritime NZ southern compliance manager Domonic Venz said the risk of falling from height through open hatches was a well-known issue on ships.

"We encourage all businesses to proactively protect their workers and passengers from harm so that they return home unhurt," Venz said.

"This is a powerful example of New Zealand employers' responsibilities to provide good workplace training and safe work practices so that their employees can work safely in any part of the business."

The incident had severe consequences for the employee and there were many actions Southern Discoveries could have taken to prevent harm, he said.