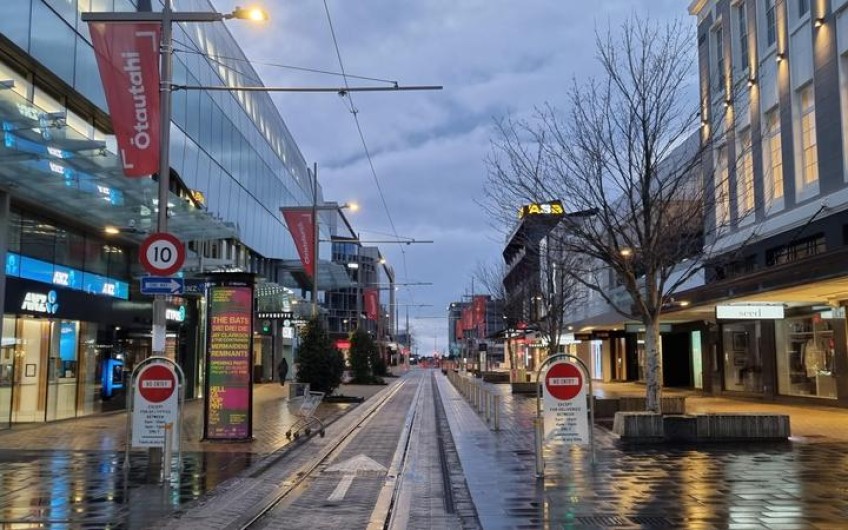 It is probably just a matter of time before Covid-19 spreads its tentacles further and in to areas such as the South Island, which hasn't had widespread transmission for almost a year and a half, experts say.

RNZ asked shoppers in Christchurch how worried they were about community spread in their neighbourhoods.

Most believed there was a high chance of the virus making its way south and identified getting the vaccine as the best way of protecting themselves.

However, Katrina Clyma said she was unsure what was in it.

Instead of relying on vaccines to keep the mainland safe, she would rather establish a border and keep potential cases from the North Island out.

"I can't believe we haven't actually protested as in the South Island, saying no, you're not coming here, shut the borders. I'm sure we can self-sustain."

MJ said she was also keen to avoid having a jab and had her own methods of protecting herself and her family.

"I've got autistic sons and I just keep them home and only go out when I need to. And I do feel guilty to be honest, I know everyone else is [getting vaccinated] and that's cool but I just want to see if I can protect them my way."

Sue Munro had had both her shots and took it upon herself to encourage her neighbour to get hers as well.

"She was saying to me that she didn't believe in the vaccination, that it could be dangerous. So we just had different conversations throughout the week. And finally she came down and she said, 'oh well, if you're okay, then I should be okay'."

One woman who chose not to be named ran a construction company employing 100 people, and was worried about the consequences of Covid becoming widespread.

"A lot of people don't realise what the cost is to business owners by not getting vaccinated and relying on Facebook as the be all and end all of knowledge. Where are you getting your research from? Facebook, Instagram, or a scientist?"

Modeller professor Michael Plank said with Covid cases on a slow but steady rise in Auckland, it really was just a matter of when and not if the virus would leak out from the Auckland Waikato border and envelop the rest of the country.

"It is a matter of time before it ends up in all parts of the country. It's very difficult to predict exactly when. I mean it could be tomorrow, [or] it may not be for a couple of months. The longer we can contain it, the more time that buys us to get people vaccinated."

Intensive care specialist and one of those who helped to bring extra ventilators in to the country during last year's outbreak, Andrew Stapleton, said work was underway in hospitals outside of Auckland to accommodate an expected upswing in Covid cases.

"We're well prepared for a pandemic surge, because that's what we've had time to prepare for. The shift from pandemic to endemic Covid has occurred quite quickly, and hospitals are much less well prepared for having to carry on with business as usual at the same time as coping with Covid patients."

Stapleton said one of the most pressing needs was finding enough intensive care nurses to man ICU beds.

The government needed to urgently train its current nursing workforce to take on these roles and provide funding to recruit every single graduate coming out of schools this year, to take their place on general nursing wards, he said.

He understood the government was now actively considering this.