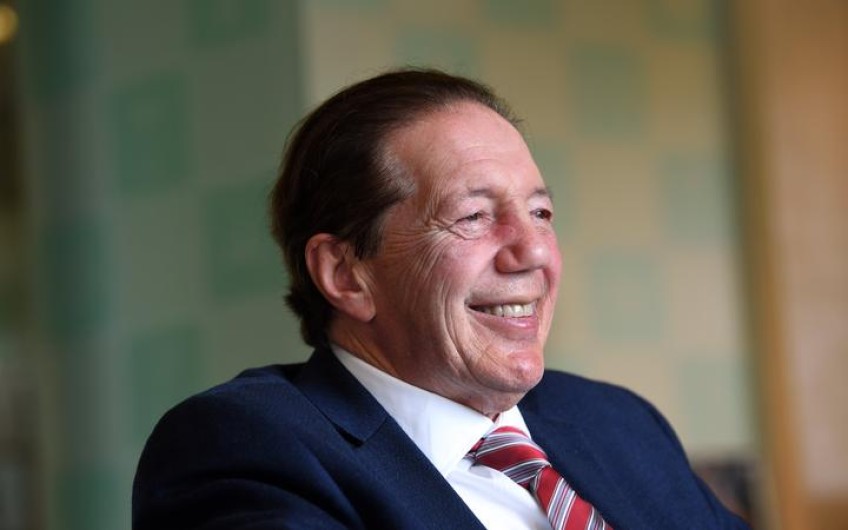 Invercargill Mayor Sir Tim Shadbolt has revealed he is battling a health condition he believes is affecting his ability to defend himself.

Two weeks ago, Sir Tim said he was having several doctor visits to clear theories surrounding his health.

Speculation has swirled on the back of a recent driver's licence suspension, and a critical independent report highlighted short term memory deficits late last year.

Sir Tim has now revealed he has been diagnosed with muscle tension dysphonia.

The common voice disorder occurs when muscles around the larynx become tight and prevent the voice box from working efficiently.

He said he had tubes put down his throat to confirm the diagnosis and was keen to keep on top of the condition considering his voice was his "main form of defence".

Despite revealing the condition, he remained tight-lipped on what else was covered in the doctor visits.

He originally did not rule out making the medical reports public at the time he was awaiting further results.

Asked two weeks ago if memory issues were something he hoped to clear up with the doctor visits, Sir Tim replied "it could be".

Sir Tim has consistently disputed any suggestion his health was affecting his ability to do the job.

"I challenged the councillors when this [my health] was raised. Maybe six to 18 months ago.

''They said you're too weak to be the mayor.

Sir Tim said nobody took him up on the offer.

The mayor's health was highlighted in the Thomson Report last year which stated many interviewees had noticed a decline in Sir Tim's capabilities.

"Many interviewees reported a range of obvious concerns including short term memory deficits, confusion, and the need to be closely managed by both council staff and senior councillors in order to chair a council meeting," it said.

Concerns about his performance have continued in the wake of the report.

Sir Tim also opened up further on his relationship with his deputy Nobby Clark which has soured in recent times.

Last month, Sir Tim labelled Cr Clark ''Brutus'' after he said he should front up over his licence being suspended.

Cr Clark said communication between the pair was limited but he had spoken to him for about an hour on Tuesday.

Asked if they were still talking, Sir Tim said there was still some communication.

"Yeah, I saw him in the cafe actually.

''Talk about an awkward moment!"

Sir Tim said calling his deputy ''Monty'' was the "one shred of comedy" left in his life.

"People think it has some reference to the male apparatus, it's not apparently.

"I heard through the grapevine that he hates it."

When asked about it, Cr Clark said Monty was the name of Sir Tim's cat which died about five years ago.

Despite admitting he is slowing down and not enjoying the job as he used to, Sir Tim said he had no intention of hanging up the chains prematurely.

"You can't predict the future. According to statistics, well, anything can happen.

''It's a mixture of genetics and lifestyle. Predetermined, when you have to throw the towel in."