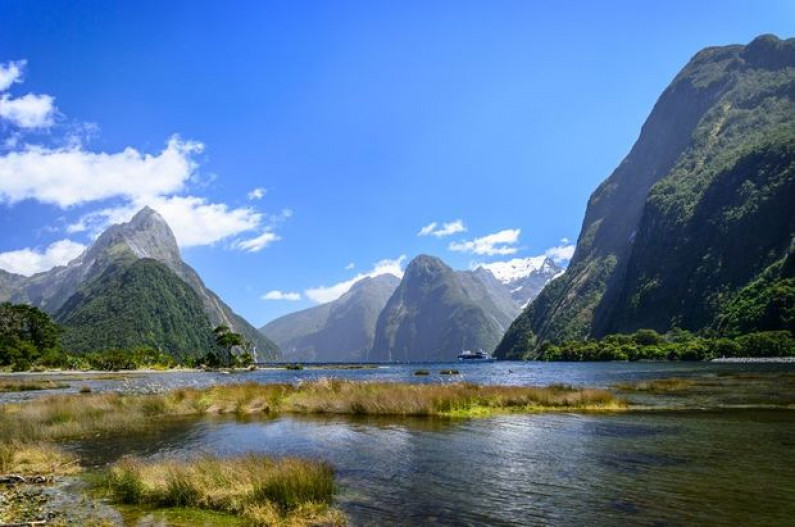 A boat carrying 39 tourists crashed into a rock while seal watching in Milford Sound yesterday.

A Real Journeys spokesperson confirmed two passengers were injured when its passenger vessel hit the rock about midday.

The vessel was making a routine approach towards the shoreline to observe seals when the collision occurred.

They received medical attention from staff before they were met by a St John medic when they returned to shore.

The company said no oil or diesel was spilled into the sea.

The boat appears to be superficially damaged, but it has been taken out of service until a full check has been made.

A full internal investigation is underway and Maritime New Zealand has been notified.

"The day was fine with a calm smooth sea and the wind was a 5 knot westerly breeze," Real Journeys said.

Divers have gone into Milford Sound to inspect the area.

Maritime New Zealand confirmed it will also investigate the incident.