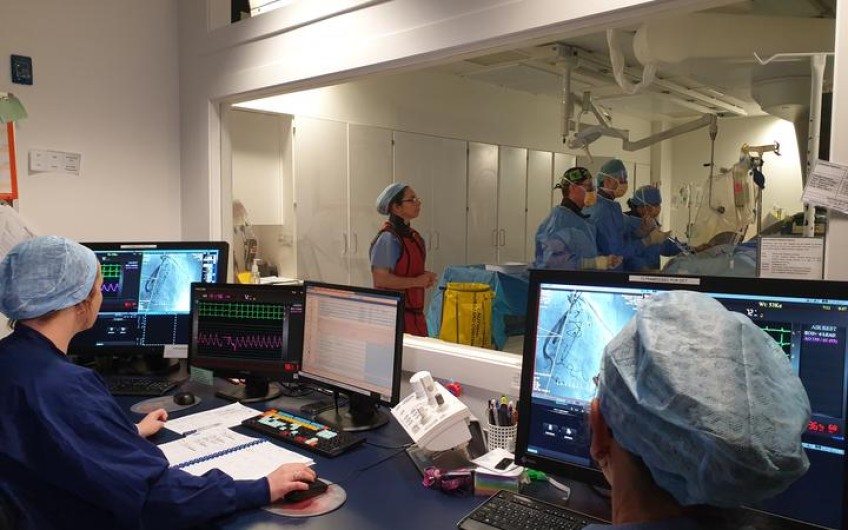 The Health and Disability System Review Panel's interim report says the current structure is overly complicated, lacking leadership, and people using the services need be placed at the heart of the system.

The interim report released today does not give any specific recommendations, but indicates the direction of change the panel believes is necessary in key areas.

Panel chairperson Heather Simpson cautioned that it was still "very much a work in progress".

"We have identified the likely reform themes and directions, but significantly more discussion and evaluation is needed before we will be in a position to bring our thinking to recommendation stage," she said.

Ms Simpson said while the system was working pretty well for most people it was not working well for everyone, and concern about the inequity of outcomes was widespread.

She said the structure was overly fragmented and leadership was lacking at all levels, stemming partly from a lack of clear decision-making frameworks.

"It means decisions often don't get made, so it's difficult to prioritise. It means that DHBs are often doing the same thing that their next-door DHB already worked out how to do.

"At the moment that doesn't make a lot of sense," she said.

Ms Simpson said it was also clear that Māori had not been served well by the system, and an effective Treaty of Waitangi-based partnership must be developed.

"Māori outcomes are definitely worse than non-Māori outcomes across all measures in the health system and that clearly is not fair or appropriate," she said.

Ms Simpson said they would be looking at how the presence of kaupapa Māori health services could be strengthened across the country.

The report also noted that the focus must be on the consumer, and what consumers valued and needed most, with more choice about how needs were met.

"One of the concerns with the health system at the moment is that it's being very much driven by the needs of the provider.

"The issue about where services are provided from, even down to what time appointments are available, has not really taken into account the needs of the consumer.

"So we are arguing that in fact, consumers' priorities need to be given much more importance", Ms Simpson said.

The panel's final report, including recommendations, is due by 30 March 2020.

"Now, unfortunately, we have to do the hard bit.

"We've worked out what has to change, now we have to work out how to make that happen," Ms Simpson said.

Health service provider Hāpai Te Hauora's chief executive Selah Hart welcomed the interim report and said she hoped the final report would be a courageous one "with recommendations that will genuinely address the abysmal health inequities that are currently upon our Maori communities, our Pasifika communities".

"New Zealanders are generally well-served by our public health services, but we do face some long-term challenges, such as the impact of a growing and ageing population," Dr Clark said.

"I welcome the report's focus on the need for a more collaborative and cooperative approach, and its emphasis on patient outcomes and fairness. They align well with the government's priorities and actions in Health.

"I look forward to receiving the final report and the Review Panel's recommendations next year."

The National Party's health spokesperson Michael Woodhouse said there was nothing in the interim report that was not already known.

"I think it's quite extraordinary that after nine years in opposition, nearly two years in government, and a more than 300-page report, there isn't a single recommendation.

"The question is, what is the government going to do about it? And there aren't any answers in this [report], I think that is tremendously disappointing".

Mr Woodhouse said the government needed to show some leadership.

"We're going to have wait another six months now to get even a sense of the direction that they're going to want to go in.

"There's going to be an election, there'll be any other things that will happen before we get anything like the sort of changes that the sector itself is calling for," Mr Woodhouse said.