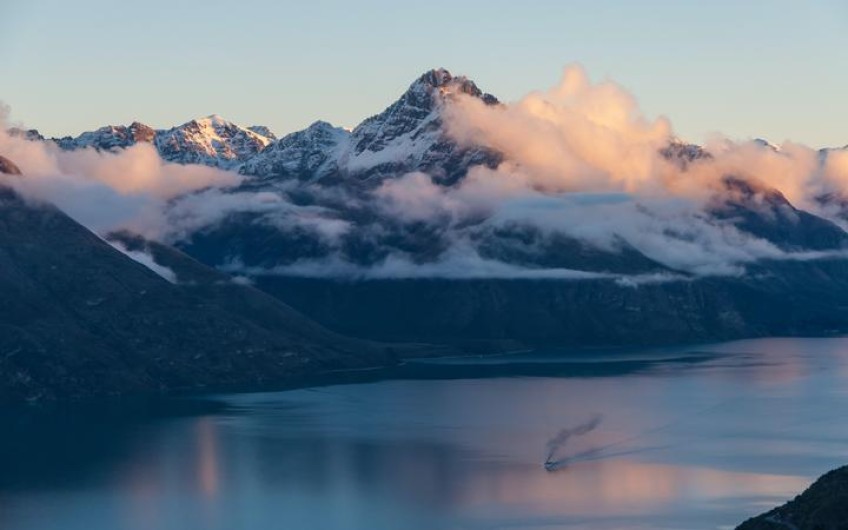 In the blink of an eye Queenstown – adventure capital of the country – has gone from being one of the richest regions in New Zealand to a broke, empty paradise.

It used to burst at the seams with tourists – 70 percent of them international – in what was actually such a big problem that the Queenstown Lakes District Council was begging the government for help with infrastructure. At its peak it had 34 visitors for every local – and those locals were footing the bills for the swings and slides in the playground of the south. Now it’s having to cope with thousands of unemployed workers from the tourism industry.

Today on The Detail Sharon Brettkelly looks at Queenstown’s economic coronavirus bloodbath, and what it will take to recover.

Visitors who’ve come to New Zealand for Queenstown have spent between 1.44 and 1.74 billion dollars a year.

The boom that took off in the 80s is now bust.

Kaye Parker runs an Airbnb in Queenstown and was in charge of the Cure Kids charity. She says literally overnight the town of 22,000 changed.

“It’s tumbleweed town. Everything is empty, the streets have been empty, and yet when we’re out … we’re in the most beautiful country. We look up at the mountains, the trails are being used by families. It’s the most surreal feeling of a death in the family and still a beautiful place to be in to lock down.”

But – “very soon the first (welfare) tsunami will hit here. Because landlords will start giving notice to people who can’t pay their rents, evicting them. Many cafes and restaurants will never open again.” Many of the big companies and hotels are starting to shed staff now that the government’s worker grant is wearing off.

The government has already spent over a million dollars in food parcels and vouchers here. Welfare organisations such as the Salvation Army and food banks are inundated.

Migrant workers were first to hit the headlines – unemployed, unable to return home, and not able to seek help. Most are technically in breach of their visas.

Parker says Kiwi workers are also out of work – young people living the dream doing their OE inside the country.  And now, there’s another group.

“Those people who’ve worked their butts off (building up their companies) have had to put their staff off and they themselves are in a really difficult situation probably for the first time in their lives.” Mortgage payments are coming for them; they’re dealing with the grief of letting go staff who’ve been with them for years.

Parker has come out of retirement to start a new charity helping these people out, the Wakatipu Greatest Needs Fund.

Businessman and philanthropist Sir Eion Edgar says locals like the new peace and quiet, but that doesn’t pay the bills.

He argues that rich foreigners have been fantastic for the region, and should be encouraged back. He is on a council steering committee working on Queenstown’s recovery.

“They’re good citizens, they’re not taking anything out of the economy – they’re pouring money in,” he says. “New Zealand has always been short of capital. They bring in money, which helps everyone.”

He suspects in the future the mix of visitors will be different – older people who are more able to travel, the golfers.

Sir Edgar says everyone has recognised that Queenstown has to diversify, but “it’s not easy. Look at the film industry now – borders closed, no one is allowed to travel.

“You’re not suddenly going to get Google wanting to set up a branch here.”