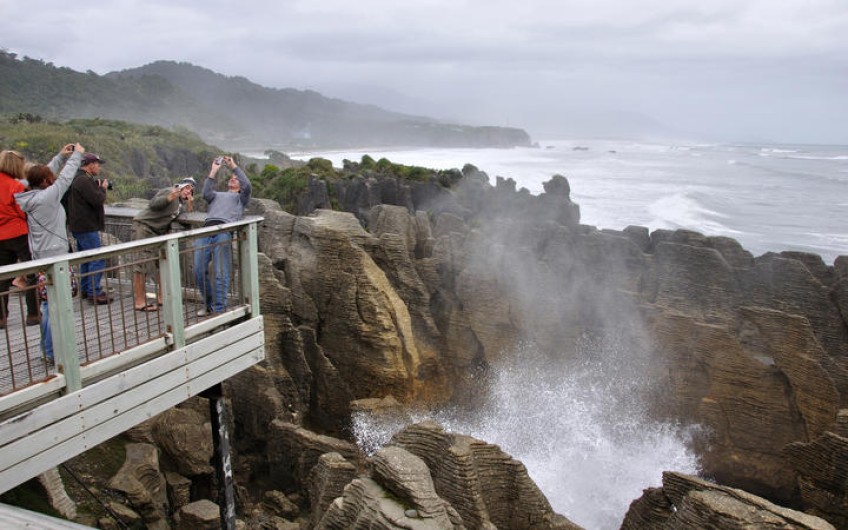 Post-Covid tourism living on a strategy of hope

There's a new word in tourism of the future - regenerative - and it could be the thing that saves the industry.

Forget flitting across the Tasman for a party weekend, travellers of the future will be helping eradicate pests and taking their rubbish with them when they leave.

Today The Detail looks at how tourism businesses are coping as the upheaval and uncertainty of Covid-19 drags on, and the "reset" that will bring a new kind of visitor.

"We're still in the fight," says Richard Benton, director of the West Coast Wildlife Centre in Franz Josef and home to the rarest kiwi, the rowi.

"We're running on the smell of an oily rag. We're fighting to stay open and employ people in the community."

As it struggles with the 80 percent drop in business since Covid-19 closed the borders nearly two years ago, it also struggles to hire and retain workers.

Benton says the centre, which is a private-public partnership with the Department of Conservation and Te Rūnanga o Makaawhio, needs funding to keep going until overseas visitors return.

Nearly two thirds of rowi in the wild have been incubated and hatched at the centre, he says.

"Without a facility like ours, you would have to ask yourself what will the future for conservation around this particular kiwi look like in South Westland.

"We're just waiting and continually talking to the Department of Conservation as to what avenues might be open to us in order to keep our business open and to keep our team engaged."

He spoke to The Detail on the day he reopened a hotel on the shorefront at Punakaiki.

"It’s going to be a challenging time but what we have seen of course is many New Zealanders do enjoy travelling around their own country."

"We had a lovely summer, we headed out to the periphery, to Ross on the West Coast, magnificent sunshine, but we didn't do a lot of travelling around. We stayed reasonably close to home, three hours in case one needs to scurry home in the event of a upswing in Covid."

It is a pattern many New Zealanders have followed this summer, to the benefit of towns such as Taupō and Coromandel but to the detriment of more remote places.

Simmons says people in hospitality and tourism are "just hanging in"; a number of businesses have cut hours, some have closed completely and many are relying on family labour.

He warns that there will be no bounce back to what it was, whether it's two years, three years or eight years out to 2030 and many in the sector are unwilling to face up to that truth.

He tells The Detail's Sharon Brettkelly what he thinks will happen in struggling tourist towns like Queenstown and Rotorua and regions such as South Westland whose economies have thrived on overseas tourists.

Innovative businesses which can cater to domestic tourists and their friends and visitors from neighbouring countries will survive, he says, and "maybe" the bigger operators who can underwrite losses. Many small, family businesses, the heartbeat of the sector, will be challenged.

He explains why German travellers - our single biggest proportion of leisure travellers - won't be rushing back to New Zealand when the borders open and what the new kind of tourist will look like.

And he has something to say about whether there's a place for freedom campers.