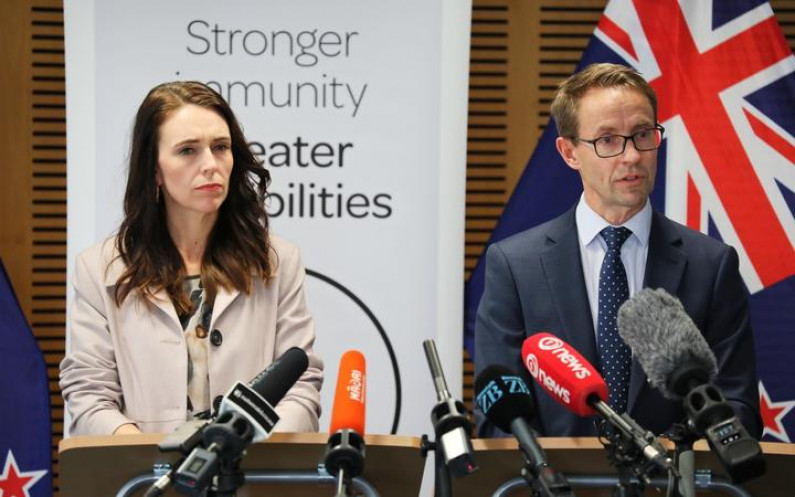 Prime Minister Jacinda Ardern has given details about the vaccine rollout plan for the general population who so far haven't been eligible - group 4.

In a press conference this afternoon, Ardern said the vaccine plan started by targeting NZ's available vaccine by protecting those at greatest risk.

"We are currently at 107 percent of target," she says, "but need to be careful of not getting too ahead of ourselves".

She says the next five weeks will focus on the over 65 age group.

"From the end of July, the bulk of the vaccines will arrive but we still won't get all the supply at once, with four weeks notice of the size of the vaccine delivery. It will be weekly."

The rollout needs to be staggered in the most practical way possible, she says.

There's no cut off once your age band has been announced, she says.

"When it's your time, you'll receive an invite by phone, email. You'll be able to choose a location that suits and you'll be asked to book both vaccine dates within three weeks of one another."

If people don't receive an invitation, a national campaign will inform people of the dates for each age, Ardern says.

"From the end of July you will be able to visit Book My Vaccine to register your details - This will be important for people who are unsure their details are correct."

"We will keep making improvements to the system as we go," Ardern says.

"Ultimately this is about whānau, it's about looking after each other and keeping each other safe."

Director-General of Health Dr Ashley Bloomfield says it has been just over four months since the first person was vaccinated in New Zealand.

On some days up to 70,000 doses a day will be delivered, Dr Bloomfield says.

He says the new ultra cold freezers can hold 4 million vaccine doses at any one time.

On any given day, there are currently 80-150 vaccine sites, Bloomfield says, and the government is scaling up to 800 sites at the peak of the programme.

Once a group 4 rollout begins, Book My Vaccine will be the system used by people to book. Bloomfield says there has been positive feedback about the system and people who need to change the booking date for their vaccine will be able to do this online.

"Based on the delivery and supply of the vaccine we're working on it taking until the end of the year for everyone to be vaccinated," Ardern says.

She says they're confident the rollout dates will match the supply which is why there isn't more specificity.

Ardern says there's no reason a predominately Pfizer based vaccination programme couldn't carry the country through the rollout.

Yesterday, Bloomfield said over 320,000 people have had both Covid-19 vaccine shots.

"As of midnight last night 7666 vaccinators have completed the online training, and of those just over 3000 have been active in the programme," he said.