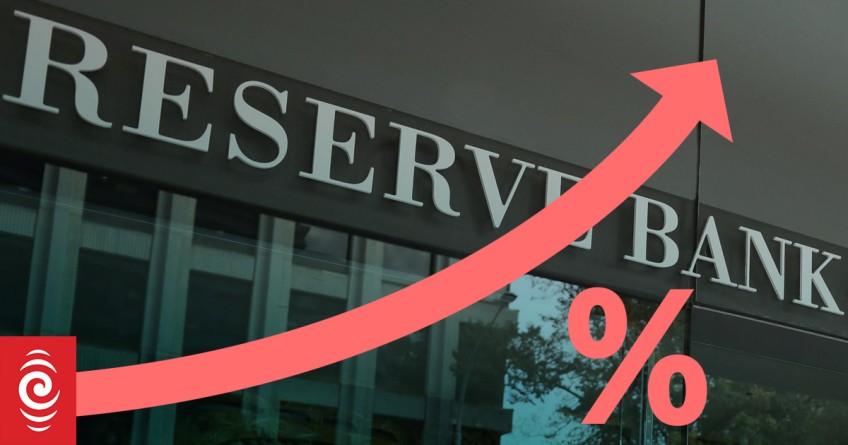 Tighten your belts and prepare for recession - that's the message the Reserve Bank is sending after hiking the official cash rate by the single biggest level since December 2008.

After raising the wholesale interest rate 75 basis points to 4.25 percent yesterday, it's signalled more is to come to curb rampant inflation.

This could include lifting the OCR to 5.5 percent by September next year with no hint of a cut before late 2024.

The Labour Party says it planned for this, while National is pleading for the government to do what it can now to avoid further economic pain.

Here's what we know so far:

"It's a shallow slow down, short-lived slow down, but it's necessary to take that excess demand pressure out of the economy."

This was to better match the ability of the economy to supply the goods and services being demanded, he said.

"At the moment, those capacity constraints are always and everywhere and hence, inflation is rising. That is a global phenomenon."

Mortgage rates are heading to 8 percent and Orr said households will need to rein in other spending as best they can.

"All households have been stress tested at interest rates at these levels so it shouldn't come as a surprise when they took on mortgages and banks stress tested them...

"It's about thinking a bit harder around your discretionary spend."

He said it was fair to say some workers were paying the cost.

"It either comes out of margins, ie. people don't pass on their costs or it comes out by reducing the cost, one of which is labour relative to inflation.

"This is the traditional tension - who bears the cost," Orr said.

In a perfect world, disinflation would happen in a nice even manner, he said. "But we can't manufacture that."

'We planned for this' - Robertson

Finance Minister Grant Robertson told Morning Report while yesterday's news may have been sobering for many, the Labour Party had said 2023 would be a difficult year.

"We planned for this. You don't need to do a knee-jerk reaction if you plan for these things."

Labour would bring government spending as a percentage of GDP back down to pre-Covid levels, Robertson said.

He would not say whether the Labour Party would rule out a tax cut package.

"The reason I can't answer that question is because the Labour Party hasn't set its policy for the 2023 election, of course we'll take things into account as they develop."

Any tax changes that weren't part of policy would not be done this term, he said.

The National Party is reconsidering its top tax rate drop because the economy is in worse shape than predicted.

The party had planned on scrapping the top income tax rate of 39 percent if elected next year.

"We've always said that we will be careful managers of the economy first and foremost and that we would respond to the fiscal economic conditions."

Her plea to the government was "do what you can do now", she said.

"There are things the government should have done and could do right now that would alleviate some of the economic pain New Zealanders are facing."

She wouldn't say whether National could get inflation under control without a recession.

"We want to get inflation under control we want to take every step that the government can take and what we're committing to doing is exactly that.

"I'm not getting my crystal ball out and committing to what will happen with the economy 12 months from now, look at how much has changed in the past six months."