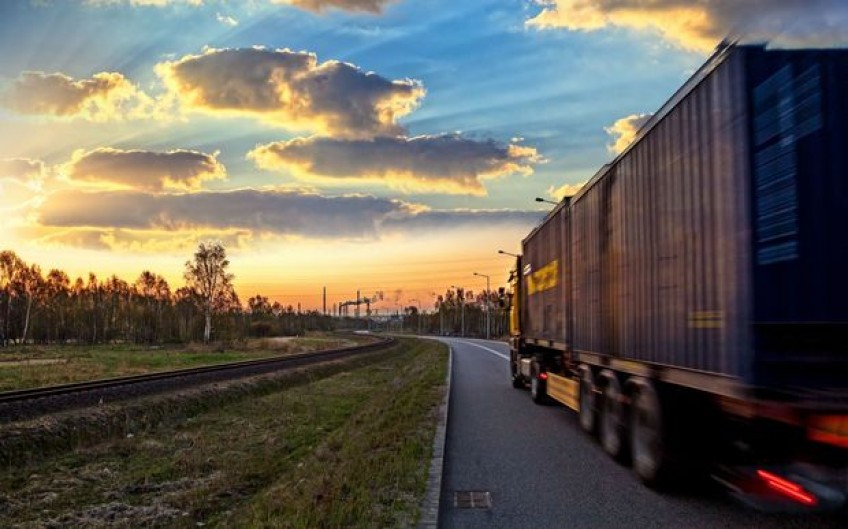 NZTA had concerns about heavy vehicle checks two years ago

The Transport Agency has known for at least for two years its heavy vehicle inspection system was being undermined but has not fixed the weaknesses.

Newly released documents refer to widespread practices that are "open to abuse" and undermining the safe-operator system.

Emails released under the Official Information Act show agency managers in December 2016 were worried about problems with Certificates of Fitness or CoFs, the heavy vehicle equivalent of a car warrant of fitness.

Many vehicle inspectors have been, and still are, offering a preliminary check to make sure that truck and bus operators pass a full CoF inspection at the first go.

This is to avoid any fail being entered on a truckie's Operator Rating System (ORS) record.

Read the cover letter to the OIA response from the NZ Transport Agency.

Emails released under the OIA show that two years ago agency managers were discussing how this was "undermining" the system as a way to gauge vehicle maintenance and safety.

However, the problems persist and are cited in an investigation into three bus crashes this year.

The Transport Agency said it would review the system from early next year, so won't be issuing any new ORS scores in February.

"We speak to many mechanics, service providers, vehicle inspectors and Transport Operators ... and all talk about the ... issue," said an agency manager from the midland region around Hamilton, in a December 2016 email.

"This is actually happening in the industry and in my view undermines the inspection system, ORS and cultural change in some parts of the industry."

ORS is meant to improve the safety of heavy vehicles by rating transport operators out of five stars on their compliance with safety legislation.

But if an operator fails a Certificate of Fitness they can lose a star.

"However ... with VCAs being completed within a few weeks of CoF expiry, the criticism of the practice is it is used to influence the ORS outcome rather than a robust vehicle maintenance program."

The email flurry of late 2016 concluded with the central region manager saying: "We will need to keep pressing this matter and get the system fixed if at all possible, otherwise it is open to abuse."

The emails stop there, and were not repeated since, according to the OIA response.

But the problem has not been fixed.

Read about the number of complaints and investigations undertaken.

A new report by the Ministry of Transport into Mitsubishi Fuso bus crashes raises it.

RNZ is seeking the full Fuso report from the ministry, and for the ministry to confirm the report is from an investigation begun in August following three bus crashes, including one on Mt Ruapehu that killed an 11-year-old girl.

"The practice of pre-CoF (in order to increase ORS scoring likely hinders the messaging of proactive maintenance for the life of a CoF," the report said, according to the OIA.

"... pre-CoF does motivate CoF-ready vehicles, but what is yet to be evidenced is whether or not it necessarily addresses competency of the ... wider TSL [Transport Service Licence] control/ safety level?"

"This means those operators that pre-CoF can influence their rating score positively irrespectively [sic] of the risk they pose."

The OIAs reveal the agency has a project underway to improve the Operator Rating System, but not what that has achieved.

As of today, the agency is still talking about pre-CoF "limiting the effectiveness" of the ORS system that's meant to boost safety.

"The risk of a non-compliant, unsafe vehicle on the road with a new CoF is increased with the use of a unregulated system such as pre-CoF inspections," said one industry player who RNZ agreed not to name.

The problems the agency has enforcing safety rules is illustrated by other OIA releases.

These show that just two out of the 47 new compliance jobs it has created this year have been filled (21 were created just last month).

In the previous four years, just a single new compliance role was created.

The OIAs also show the agency has staff turnover of about 15 percent - versus an 11 percent average in the state sector - and the 1300-strong agency has 220 vacancies.

They also show agency compliance officers undertook just a single investigation of a vehicle inspection organisation in the last year in the lower South Island.

Nationwide there were 36 such investigations since 2016; only a sixth of these resulted in "remedial action", versus half of 36 investigations resulting in that between 2014 and 2016.

How truckies are rated

The Operator Rating System gives a rating between one and five stars based on:

A five-star rating can mean an operator has to get a CoF only once every year, instead of every six months.