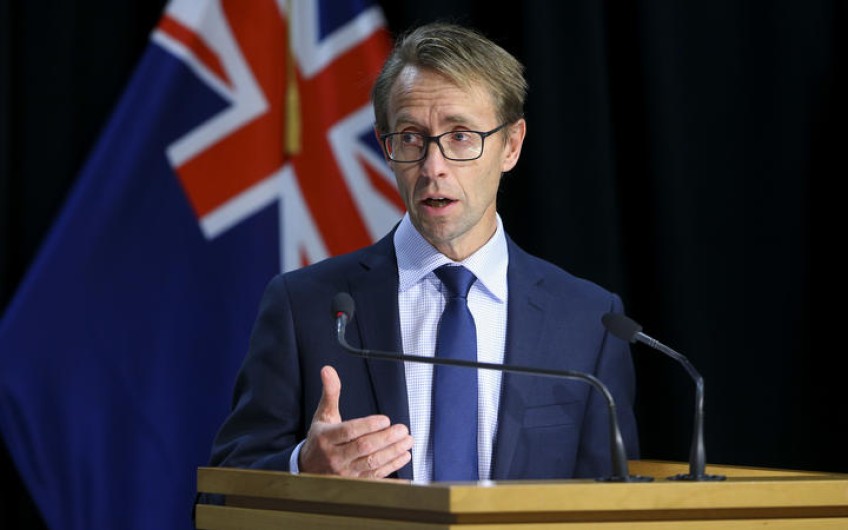 Director-General of Health Dr Ashley Bloomfield says there are no new cases to report, but New Zealand has added four cases to its confirmed cases.

Dr Bloomfield said the four newly confirmed cases were people who returned from the Greg Mortimer cruise ship on 13 April.

They had tested positive in Uruguay before they returned, and the government was unsure if they had been classified as confirmed by Uruguay. Dr Bloomfield said it was now clear they had not been, so were added to New Zealand's total.

All four cases had recovered, he said.

He said there were also no new deaths to report today. New Zealand's total number of cases was 1503. Confirmed cases was 1153 and there were 350 probable cases.

Another nine people recovered from the virus, bringing the total of recovered cases to 1442, or 96 percent.

Two people with the virus remain in hospital, neither in ICU. He said 3125 lab tests were completed yesterday, bringing New Zealand's total to 233,843 tests.

Dr Bloomfield said the use of masks on public transport was being evaluated, taking supply into account and whether masks could help relax seating arrangements in level 2.

He said air crew currently did not need to isolate for 14 days as long as they were appropriately using personal protective equipment, but that rule was continually being reviewed.

The number of cases in the community and the low risk of community transmission would influence whether masks would be recommended, he said.

Dr Bloomfield said that as the country headed into winter and the flu season, there would naturally need to be more testing.

"We have supplies for between 30 and 40 days of testing at the current rate of testing, higher than it has ever been ... we are in a good position," Dr Bloomfield said.

He said there was still a long way to go before a move to alert level 1, but suggested this might be weeks, rather than months, away.

"We're finalising our planning around testing - surveillance and sentinel testing - in alert level 2 and then potentially how that would look under an alert level 1 scenario.

"I think what people should anticipate is that we'll be continuing to ask them to do the basics."

He said it was premature to be talking yet about what the specific differences between alert level 2 and 1 would be.

"I think it's too premature for me to comment on that ... we still need to settle into alert level 2 parameters which include going up to group sizes of 100 but obviously we're just starting to think about what alert level 1 would look like."

He said there was not any reason at the moment to distinguish different regions in any potential move to alert level 1 because there had not been any unexplained cases popping up since the country went into alert level 4 lockdown.

He said the opening session of the World Health Organisation Assembly included openings from world leaders, who spoke on the same theme about the need for global support for combating the spread of Covid-19.

Dr Bloomfield attended the Assembly - the annual meeting of the World Health Organisation's governing body in Geneva, held this year via video link - overnight as the head of New Zealand's delegation.

The WHO said an independent review of the global coronavirus response would begin promptly as it received backing and a hefty pledge of funds from China, in the spotlight as the origin of the pandemic.

New Zealand has joined the European Union and countries including the UK and Australia in pushing for an inquiry into how the pandemic has been handled and what lessons can be learned.

Chinese President Xi Jinping pledged $US2 billion over the next two years to help deal with Covid-19, especially in developing countries.

Dr Bloomfield said it was unusual for heads of state to address the assembly, but the fact they had showed the seriousness of coronavirus pandemic.

He said the meeting would be reconvened tonight, and work on the lengthy and substantial resolution on Covid-19 which had been agreed by all the member states would continue.