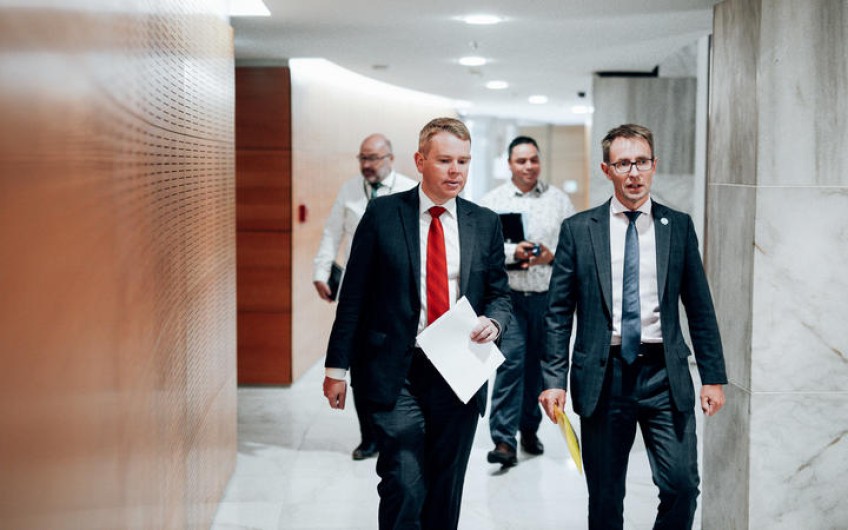 There are no new community cases of Covid-19 today, the Ministry of Health has confirmed.

Covid-19 Response Minister Chris Hipkins says at least half of the Papatoetoe High School community have been tested and the results that have come through so far have all been negative.

Hipkins thanked the school for their leadership and for responding positively.

Director-General of Health Dr Ashley Bloomfield says there are two new cases in MIQ - one of which is historical.

Yesterday, the Ministry of Health announced three new community cases of Covid-19, all connected to the latest cluster and all the UK variant.

Dr Bloomfield says he knows yesterday's news was unsettling, "but it does not need to be alarming".

Several of the recent Covid-19 cases have had atypical symptoms like muscle aches and tiredness, and it is something people need to keep in mind, Dr Bloomfield says.

Wastewater testing has come back negative.

There are 11 Covid-19 cases in total in the Auckland cluster.

He says the locations of interest page on the Ministry of Health website is a one-stop shop for information for contacts.

At Papatoetoe High School, 328 tests have been done today. Six students have not yet been tested.

There are also 874 people who have indicated they were at a location of interest from yesterday's cases.

These people are being treated like close contacts, Dr Bloomfield says.

He says visits to houses are undertaken if necessary to make sure people are provided with the support they need.

Dr Bloomfield says some families who had been contacted did not go and get a test.

Visits were not done before the end of the weekend, he said.

"There may have been reasons why they couldn't get testing, remembering the younger student is only 13 and she may have had to rely on others to get to testing."

This is why the protocol not to allow students back unless they receive a negative test is important, he says.

The three new cases are from one family.

Hipkins says today the first 40 border workers at Christchurch Airport have received the vaccine - the first in the South Island.

Hipkins says he isn't away of any wastage of the vaccine doses.

Nurses have in most cases been able to get six doses out of the five-dose vial, Dr Bloomfield says.

Dr Bloomfield says he has heard reports out of the US that the vaccine can be stored at a lower temperature rather than ultra low but it's the time that the vaccine needs to be used in that's important.

He says he has been advised it may be good for him to be vaccinated soon, but he does not want to be seen to jump the queue. He also acknowledges that people may see it as showing his confidence in the vaccine if he does get it soon.

The person who works at Kmart was, on one of the days she was working, providing click and collect for customers. Bloomfield says this will be easy to trace. She was also standing at the front of the store counting the number of people coming in during one shift, he says.

People who visited the store in Botany on Friday 19 February and Saturday 20 February between 3.30pm and 10.30pm are asked to isolate and call Helpline.

Kmart reopened this morning after deep cleaning but very few customers turned up - some of whom had not heard a store worker had tested positive.

In a statement, Kmart said all staff members who worked with the positive case were now isolating.

It said team members were also required to complete health declarations before the start of each shift.

Following the positive case yesterday, Kmart said it was also asking staff in its Botany store to physically distance and wear masks.

Across the road at Botany Town Centre, a student who travels to the area to study said the latest links to nearby shops was a concern.

"That's probably what makes it more concerning for us because we're from outside of Botany. If we were a confirmed case then it's a problem for our area as well."

The owner of Dark Vapes in East Tamaki said the store was closed for deep cleaning as well after it was identified as a location of interest. It will reopen as normal tomorrow.

Rakibul Howlader said he was the only person working at the store at the time.

He said he had no symptoms, but was now self-isolating at home for 14 days and would be tested today.

He has asked the rest of his staff to also get tested as a precaution.

He said he was very concerned that this case would negatively impact his business, and that despite all of his hard work over the years and taking the right precautions, customers would not come to the store.

Hipkins says work is being done to support all of the families impacted by the latest community cases.

Dr Bloomfield says it is important that testing is done at least five days after exposure to the virus.

Hipkins says people are being asked to isolate for a reason and people need to do the right thing - it helps to avoid further measures.

Earlier today, Dr Bloomfield said he did not think a change in alert levels was needed.