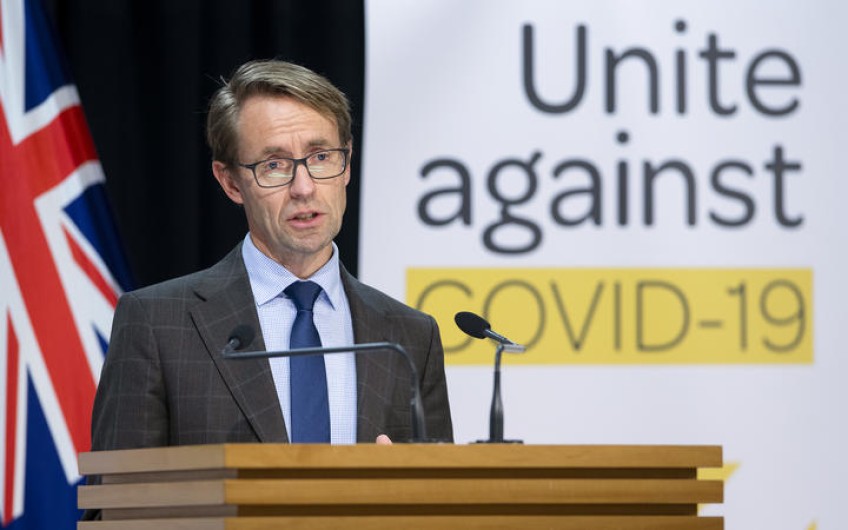 No new cases for 13th day, still one active case

Director-General of Health Dr Ashley Bloomfield has provided an update on the latest figures for Covid-19 in New Zealand.

Today marked New Zealand's 13th day in a row of no new Covid-19 cases, with no change from yesterday's numbers, Dr Bloomfield said.

Only one case was still active and the country's total number of confirmed and probable cases remained at 1504.

Dr Bloomfield said the international situation was still serious, with 1 June the day with the most cases reported in a single day worldwide.

He said there had now been a more than 6.3 million cases reported worldwide.

"If we want to stay in a good position here, we can't act as if it's all over globally."

He said New Zealand was learning from other countries about the potential for safely reopening borders while preventing outbreaks of the virus.

He said his message for businesses that were not routinely using contact tracing with an app or similar measures was to "get with the programme".

He said the ministry was considering implementing a requirement for businesses to do so.

Dr Bloomfield said the symptom of loss of smell or taste was in some cases proving to be lingering even after they were recovered.

He also took the opportunity to remind people to complete and send back bowel screening test kits if they had not already done so.

The programme has sent out more than 430,000 kits since it began about three years ago and has detected more than 600 cancers.

About 29,000 people were sent reminder letters while the National Bowel Screening Programme was paused during the Covid-19 response, and 18,000 of these were yet be to returned.

The kits have a six-month expiry date and people were asked to send them back as soon as possible.

Dr Bloomfield told Morning Report today that the last case of possible community transmission of Covid-19 left isolation on 18 May.

The person worked at the border in Auckland and had traveled overseas but community transmission could not be ruled out, he said.

He said New Zealand had been in alert level 2 for less than two weeks, and the Ministry of Health would be providing information when Cabinet considers on Monday whether to move to alert level 1.

Prime Minister Jacinda Ardern yesterday outlined what would happen when the country moves to alert level 1.

Ardern said there would continue to be strict controls on the border, but all current rules and restrictions on businesses and services would be "essentially lifted" under alert level 1.

However, she said under level 1 people should continue to follow public health advice such as staying home when sick, washing your hands, and isolating yourself immediately if told to do so by the health authorities.