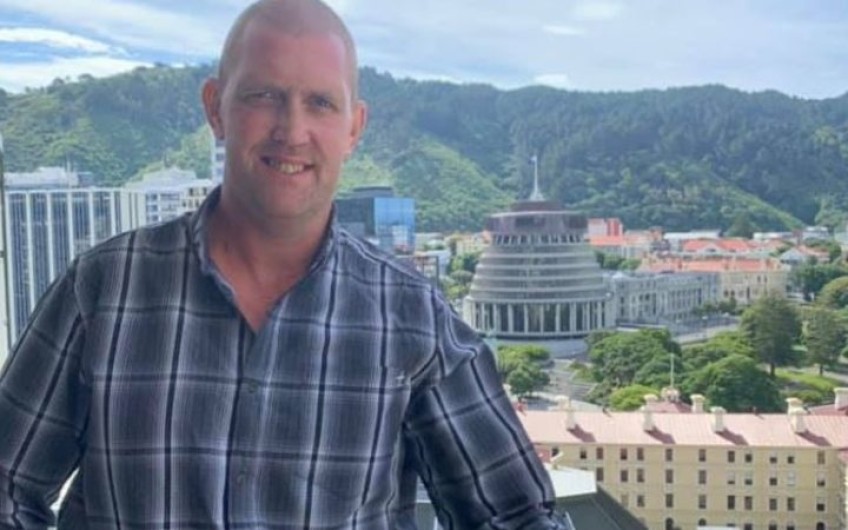 A Southland terminal cancer patient, who says he would have died before being treated via the public health system, is being backed by the Cancer Society in calling for a national cancer plan at a conference today.

Blair Vining, a father of two and rugby player and coach for Midlands in Southland, was diagnosed with bowel cancer late last October, and will open a conference on cancer at Te Papa in Wellington today.

The 38-year-old says his treatment by the public health system has been unacceptable and is demanding urgent action over cancer by the government.

"I got told I had six to eight weeks to live without treatment, and I got a letter in the mail saying I would be eight to 10 weeks on the waiting list, so that's where the whole thing sort of fell apart," he said.

"If I'd gone public [health for treatment], I would have died before I had been seen."

Mr Vining, from Winton, near Invercargill, was breathless and had a sore leg last October but did not suspect he had cancer.

Being diagnosed with late-stage terminal bowel cancer, which had spread to his liver and lungs, was a real shock.

"It ended up being eight blood clots in my lungs and my liver was full of cancer. There were too many tumours to count and they gave me six to eight weeks. It was a quite a tough day for my family."

And then through an open door at the hospital he overheard them describe his cancer as inoperable.

"The one thing that was really hard on us was obviously hearing that conversation," Mr Vining said.

He said he was also left waiting 13 hours at the hospital in Invercargill for a flight to Christchurch Hospital for emergency surgery.

"But waiting in A and E (Accident and Emergency) for 13 hours because the day after I got my first treatment my bowel blocked, and I needed emergency surgery, but I had to wait 13 hours."

Mr Vining said the delay in transfer to Christchurch was to do with the paperwork involved in an inter-district transfer to a different DHB.

He has since gone to private health to get the quickest treatment possible there. He said the health system was failing those with cancer.

His partner, Melissa Vining, said any change would not arrive in time for Blair, but they both wanted improved health care.

"To learn that the system is so dysfunctional in catering for people with cancer and that our government doesn't have a plan like other countries is just absolutely devastating."

Health Minister David Clarke is expected to attend the conference, where Mr Vining hopes to tell his story and call for the individual cancer units at 20 district health boards to be unified.

Cancer Society medical director Chris Jackson said cancer was the number one cause of death in New Zealand but it was not a government health priority.

He said each of the 20 district health boards' cancer units acted in silos.

"What you're seeing is you're seeing the proliferation of small satellite units which are fragmenting away from the bigger units and that's going to, in the longer term, mean that people get less specialised care."

"We've got no way of making sure that the highly complex, highly technical surgery, for example, is done in a limited number of centres rather than it being allowed to be done in every single DHB."

Otago University in Wellington head of public health Diana Sarfati said patients were often on the receiving end of the lack of coordination.

"Talk to a lot of patients, they'll talk about feeling like they're falling through the gaps in the system, not being entirely sure what they're meant to be doing or travelling huge distances for a five-minute appointment … there's lots of stories like that."