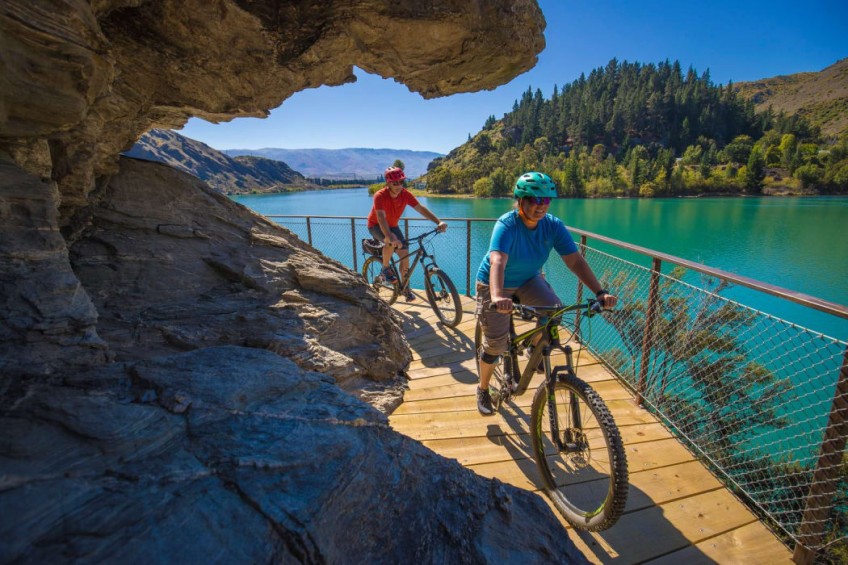 More conservation land opened up for cycle trails in Otago

The possibilities for cycle trails in Otago have more than doubled with approval to allow them on 187 parcels of conservation land.

The New Zealand Conservation Authority has approved a partial review of the Otago Conservation Management Strategy, which means the Department of Conservation could now consider more locations on public conservation land for cycle trail proposals.

Conservation Management Strategies were approved by the authority under the Conservation Act and provided direction for the management of public conservation land, waters, and species for which the department had responsibility.

The Otago CMS was approved in 2016 but the areas cycle trails were allowed was mostly restricted to a list of existing trails.

Department of Conservation statutory manager John Roberts said the previous strategy did not reflect the growing interest in trail cycling.

"It is fantastic news, clearly things were quite limited before and we've done this in response to the significantly increased public interest in cycleways and bike trails since 2016 when the CMS came out," he said.

In addition to the 187 parcels of land, cycle trails could now be considered on most marginal strips and most recreational reserves as well.

While the area of conservation land which could host cycle trails had now more than doubled, any proposal would still need to go through an assessment process, Roberts said.

"All this does is give us the ability to consider them," he said.

"Once we've received any detailed application that application would still have to go through a raft of assessment criteria. All the ecological effects, cultural effects, the historic fabric and we still retain the discretion to further publicly notify if we feel that's needed."

However, it was good news for plans to link Otago's Great Rides.

The Otago Conservation Board welcomed the news.

"The approval of the Otago CMS partial review is fantastic news, as it offers the potential for people to have new bicycling experiences in scenic settings that are already naturally suited to this activity," Otago Conservation Board member Tara Druce said.

The strategy came into effect yesterday.