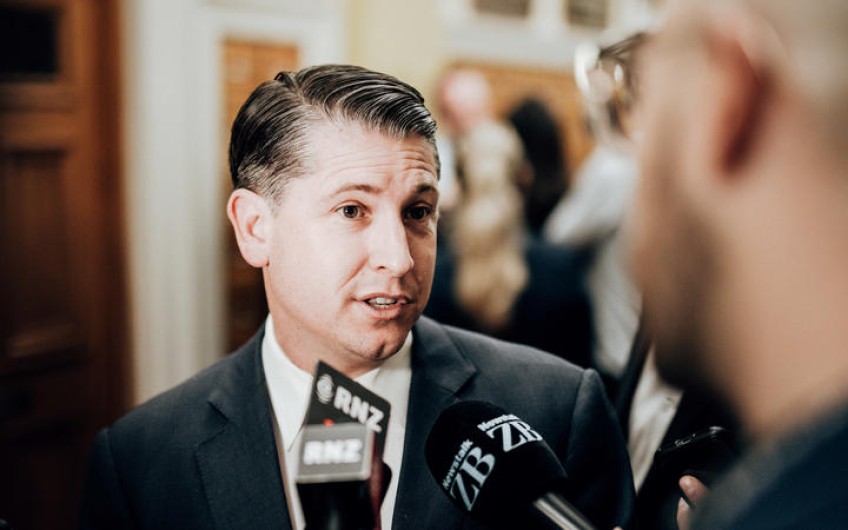 Government details which workers will need to be vaccinated

The government is releasing a new tool to help businesses assess whether they should be requiring workers to be vaccinated.

The assessment tool will be available from mid-December.

Meanwhile, workers covered by the My Vaccine Pass mandate will need to have their first dose by 3 December and be fully vaccinated by 17 January.

"As we move into the new framework, many people have been seeking greater certainty about workplace vaccination requirements. That's why a few weeks ago I announced that we would introduce a clearer and simplified risk assessment process for employers to follow when deciding whether they can require vaccination for different kinds of work," Wood said.

He said the tool provides a clear legal framework to help businesses and other employers to decide about vaccinations in the workplace.

It builds on guidance and advice from workSafe, public health agencies, Business New Zealand and the Council of Trade Unions.

It has four criteria, at least three of which must be met before a business can require vaccination:

Legislation allowing the tool to be created and setting up a four-week minimum paid period of termination, as well as time off to get vaccinated, will be passed this week, he said.

"We've tested this with stakeholders and it's received broad support, including from religious communities."

Wood said when the traffic light system comes into place from 3 December, it will be a requirement for vaccine passes to be shown for those businesses that opt into it.

"And it'll be a requirement for all workers in those workplaces to comply and to be vaccinated by that date - have their first dose by that date."

The assessment tool is expected to be available in mid-December. Wood says the government wants to make sure there's the maximum level of protection for businesses at risk.

Wood said the legislation will legally protect businesses that use the tool.

He said businesses will still have to apply the tool in a way that is fair and reasonable, including communicating clearly and openly with affected employees, receiving their feedback, and making decisions in a reasonable way.

"Cabinet's made the very clear decision that we would not take away the legal rights of employees to test those rights in the court if they think they have been treated unfairly."

However, he says businesses that use the tool and process properly can have a "very high degree of legal certainty".

"This will be a very simple tool to use."

Wood said the broad estimate of workers who will be required to be vaccinated will apply to an estimated 40 percent of the workforce.

He said jurisdictions overseas have applied much higher levels of requirement, such as Austria with an all-of-population mandate and Northern Territory with its requirement for all workers.

"Our experience to date has been that the majority of people are open to being vaccinated and will do that, and that this just can be a little bit of a final push."

He said with 91 percent of eligible New Zealanders having already had their first dose, the vast majority of New Zealanders are already on board and have been vaccinated, and will not be affected.

He said the fine details of the legalities of the tool are still being refined, but the tool itself is as laid out this morning.

"We're talking about a couple of weeks at this point."

He denies that the government is scrambling to get it set up.

"The tool will lead to relatively clear conclusions through quite a simple process."

He said industries seeking for the government to mandate vaccinations can use the tool, but other announcements may be made in the coming days.

"Across the spectrum here we are trying to strike the right balance. We do believe that workplace mandates that are put in place by the government do have a place, but they are a very strong tool and we have to assure ourselves that they are justified on health and safety and public interest grounds."

"We will have further announcements on where we've gotten to on decisions on mandates."

Prime Minister Jacinda Ardern yesterday, when announcing the traffic light system will begin from 11.59pm on 2 December, said the government would provide extra guidance for businesses to prepare, and release an assessment toolkit for firms wanting to require staff to be vaccinated.

Today, the app for businesses that require proof of the vaccine pass for entry will be launched.

Ardern also announced after Cabinet yesterday hairdressers and barbers in Auckland would be able to reopen when using the passes, in part to trial the system, from Thursday.

Hospitality businesses have also been hoping for some clarification over enforcing the vaccine pass for entry requirement, and on whether all staff would need to be vaccinated.

The government last week said police had been involved in the planning for this and would be available if customers became unruly.

For retail, the vaccine passes are essentially opt-in - with no difference between those using them and those not - and restrictions including 1m distancing under Orange and Red.