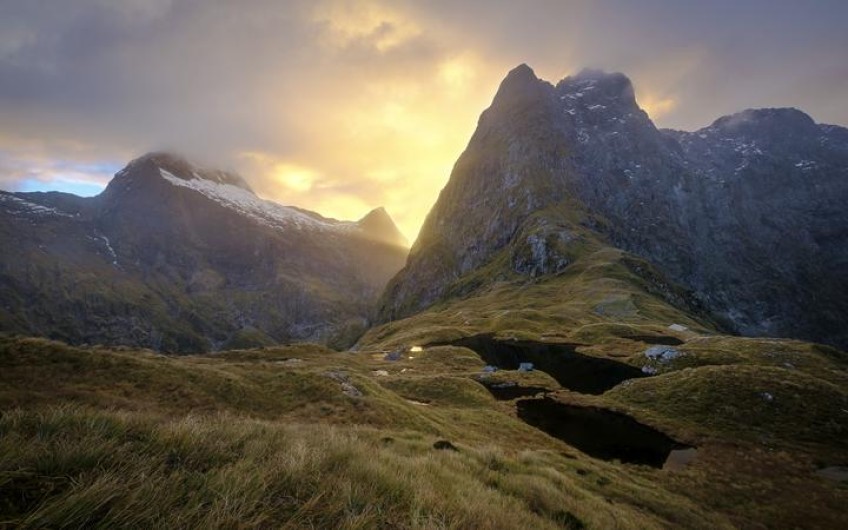 Milford Track to be partially reopened after rain and flooding

The Milford Track will be partially reopened next week allowing hundreds of trampers to return to the popular Great Walk.

The track has been closed since heavy rain caused widespread flooding, slips and rockfalls earlier this month.

Conservation Minister Eugenie Sage announced the shortened version of the Milford Track today, saying it was a welcome alternative.

"I'm proud of the work DOC is doing to get people back out into nature as soon as safely possible. Repairs are continuing on other tracks damaged by the storm, and these will be reopened when safe to do so," Ms Sage said.

Trampers will be able to access the southern end of the track from Glade Wharf at Lake Te Anau and can walk until Mackinnon Pass.

The newly named Southern Milford-Mackinnon Experience will be opened from 26 February.

The three-day, two-night return walk is a day shorter than the Milford Track, but is expected to be more challenging than the original track.

People with original bookings for the Milford Track would be given priority on the new route, she said.

Anyone who booked from 1 March until 30 April will keep their booking dates and be refunded for one hut night if they chose to walk the new route.

If people want to opt out of the new route, people are being urged to contact DOC who will be able to give a full refund.

For those whose bookings were cancelled this month, the refunds will still be processed. They will need to rebook unless they have a booking between 26 and 29 February, then people will be contacted to ask whether they want to rebook for the new experience.

"Extreme weather events like this storm will become more frequent in future due to climate change-induced heavy rainfall," she said.

"There is a big job ahead for DOC and others in repairing the facilities that give visitors access to these special areas in Fiordland, and in making them more resilient in the face of a changing climate."

The track between Mackinnon Pass and Sandfly Point won't be reopened this Great Walk season.

DOC will now focus on another Great Walk which was extensively damaged during the heavy rain.

"Now that part of the Milford Track is open, DOC is turning its attention to the Routeburn Track and looking at options for allowing limited public access there," Ms Sage said.