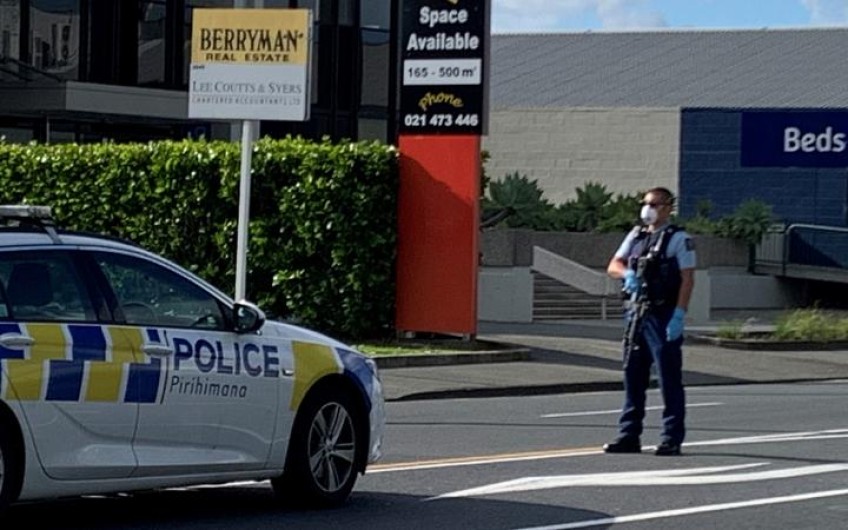 A man has been shot dead by police after entering a West Auckland supermarket and injuring multiple people, police have confirmed.

Heavily armed police and ambulances are at the scene at LynnMall in New Lynn.

Police said the incident is still unfolding, but can confirm that a man has entered a supermarket and injured multiple people.

He was located by police and shot, and has died at the scene.

George Francisco was outside the mall when he got a panicked call from his wife, who works at a pharmacy inside. She told him she saw a woman running through the mall, saying she had been stabbed.

His wife then heard five gunshots.

She told him that a "number of people" were wounded.

A pharmacy worker at LynnMall says they are barricaded in the pharmacy.

The pharmacy is located at the other end of the mall to Countdown, so staff did not witness the incident but a customer reported cars rushing out of the mall's car park.