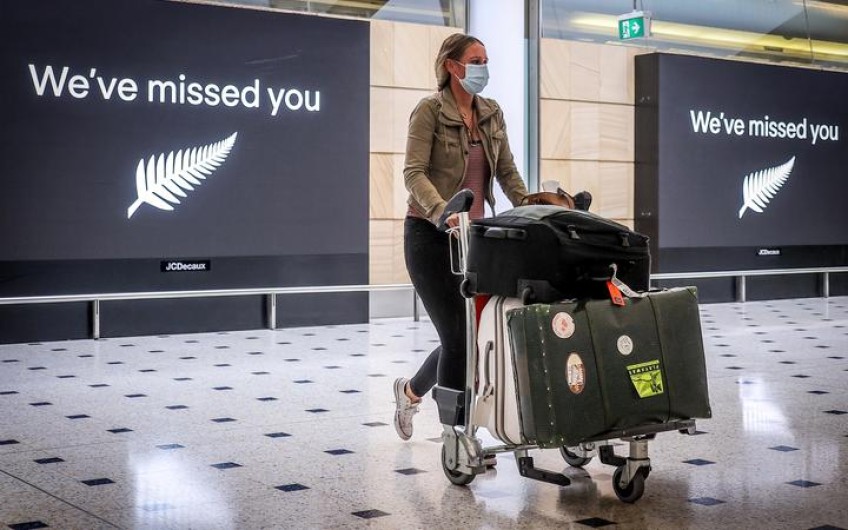 Long wait for trans-Tasman bubble just got even longer

New Zealanders could be waiting even longer for a full trans-Tasman bubble, with the government downplaying its previous suggestion one could be in place by the end of March.

It comes as the one-way travel bubble to Australia is put on ice, in response to the community case in Northland.

The National Party says instead of focusing on a full travel bubble, the government should instead be working on a state-by-state approach.

"We have seen the impacts of that decision on travellers, we need to have some confidence if we are in a trans-Tasman travel arrangement that we won't see decisions that impact people when it may not be necessary," she said.

Ardern gave a luke-warm response when asked by reporters if a full trans-Tasman bubble could still be achieved by the end of March.

"It does look increasingly difficult at a country-by-country level. We haven't ruled out the possibility of state-by-state, but I know many people will have been frustrated by the impact that has been had on their travel," Ardern said.

Not every state has the same approach to Covid-19 as New Zealand, which adds a layer of complication, Ardern added.

"You won't often hear me say this but I think he was right on the money.

"It's far easier and more logical to do individual bubbles with individual states in Australia. For example, you could start with Western Australia, Queensland, Tasmania," Bishop said.

A state-by-state approach should have been the priority for the government, he said.

"If the government had really investigated the concept properly then it could be far further advanced than it actually is," Bishop said.

"The tourism industry is largely resigned now that we will not see the Tasman open by the end of March, although that hasn't been officially ruled out by our government.

"We think it's going to take longer than that and that means some very hard times ahead for New Zealand tourism businesses," Roberts said.