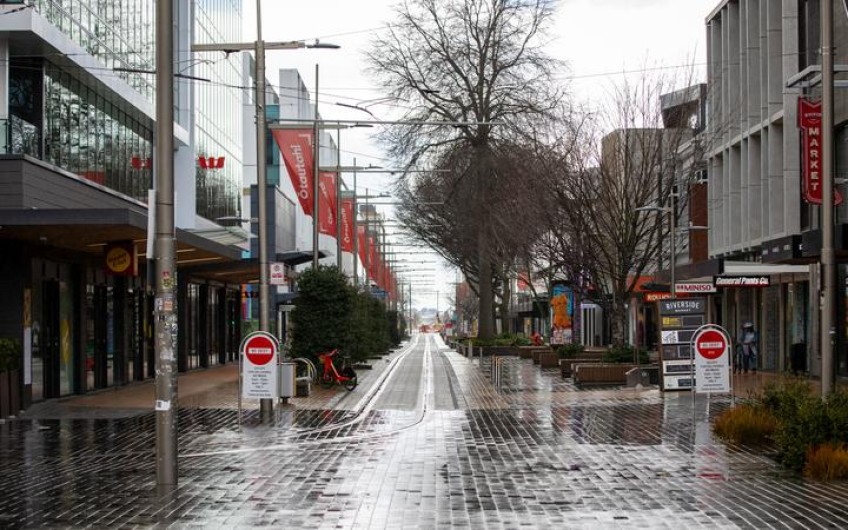 Experts predict the entire country will remain at alert level 4 until health officials can rule out community transmission beyond Auckland's borders.

Prime Minister Jacinda Ardern will announce any alert level changes at 3pm following a meeting with her Cabinet ministers this afternoon.

She has already signalled Auckland and the Coromandel Peninsula will be in alert level 4 for seven days, while the rest of the country has been given a stay-at-home order for at least three days.

"The trouble for the government is that they really won't have enough of that information to make a decision to take the rest of New Zealand out of alert level 4.

"I'm pretty certain that they'd want to wait a few days longer, or perhaps give it a full week, before they might review that decision, simply because they won't have enough knowledge about that."

He said it was still unclear if the virus had spread beyond Auckland, but rapid Covid-19 testing and wastewater testing would clarify this picture in the coming days.

Auckland Business Chamber chief executive Michael Barnett said a lockdown extension would come as no surprise to the city's businesses.

"I think Auckland having so many of the quarantine hotels made it almost inevitable that there was going to be a community case and I think an acceptance that it would be sometime soon."

Barnett said the government swiftly reinstating its wage subsidy and resurgence support payment schemes had given businesses certainty going into the lockdown.

The outbreak is currently confined to Auckland, leaving some South Islanders questioning why they are under alert level 4 restrictions too.

Southland Mayor Gary Tong said it was a view shared by only a minority of people in his area, but if the lockdown was extended today people's patience may start to wear thin.

"There will be variables on how people feel, there'll be no doubt about that. The majority, I would hope would follow the rules. We're all in this together.

"This strain has proven to be an issue overseas and it is quite rampant. It's a shame it's got here. The experts were expecting it to get here and it is here. Let's do our best to get rid of the mongrel thing."

Baker sympathised with people's desire to get out of lockdown but said it was a necessary step to prevent a longer period of restrictions.

"We all want to get out of lockdown as fast as possible and the fastest route out of this is to do it once and do it right; it's a cliche but that is what the evidence tells us.

"I think we can be more optimistic now that we will beat this Delta variant outbreak quite quickly. There's no absolute guarantees but when you look at the alternative in Australia they're struggling because they didn't have these rapid, decisive responses."

There are now more than 100 locations of interest.

Yesterday, genome sequencing has found the current positive cases are a close match to a recent returnee from Sydney, who arrived on a managed red zone flight on 7 August.

It's was a promising link to the border that had Covid-19 modeller Professor Shaun Hendy guessing the scale of the outbreak could be much smaller than initially feared.

He anticipated the number of people infected in the community at the time the outbreak was first detected could scale back to "several dozen".

This was pending Hendy running more numbers for an updated model, which has since returned numbers similar to initial predictions.

"The good news is that that later introduction date means that the virus has been in the community for a shorter period of time. That means we're probably not looking at many other undetected chains of transmission.

"However, when we look at the case numbers that that we've found so far, and when those people were likely infected, we had a very, very rapid spread late last week, going into the weekend."

Hendy said it was unlikely the government would ease alert level 4 restrictions, given the lingering possibility people may have been exposed to the virus and travelled around the country.

"I think we're going to have to wait a while until we can rule out transmission to other parts of the country.

"Certainly down the track if we don't see cases emerge in the South Island it can probably anticipate coming out of alert level 4 earlier, but given the scale of what we're potentially dealing with here in Auckland we do need to be cautious about that approach."