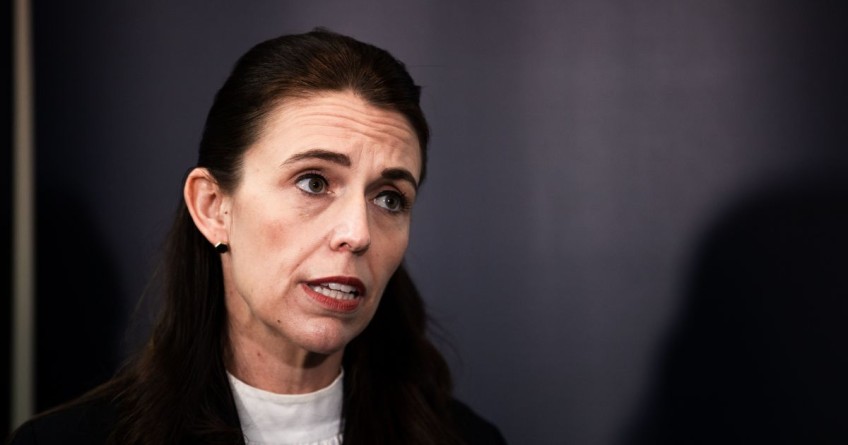 Results from many local body elections show a political shift to the right, but Prime Minister Jacinda Ardern told Morning Report that was not necessarily indicative of a shift in feeling on national politics.

She also discussed low voter engagement in the local body elections, whether the Three Waters programme is undermined by new mayors who oppose it, and former Cabinet minister Kris Faafoi's new role heading a lobbying firm.

Ardern dismissed the idea that could reflect dissatisfaction with Labour.

"I've never been one to read particularly into local government elections in that way, or to make those direct comparisons...,"Ardern said. "Even when we had in every supercity election a progressive candidate who has succeeded under a National government. Local government you see it move in its own rhythms across the country.

"When you look back and take Auckland as an example during Helen Clark's time you had John Banks, during Key's you had Len Browns, during us we've had Phil Goff and now Wayne Brown. I don't think there's a simple straight reflection, particularly when you don't have straight political party tickets in the same way.

"Labour will have endorsed candidates even when we're not running a ticket, or having someone that's directly campaigning as a Labour candidate - we have endorsements ... but I don't think it means that there's a simple straight reflection."

The newly elected mayors includes a clutch now opposed to the government's Three Waters reform. Does that change the way the government will push ahead with the reform?

"Across the country we still had 37 mayors re-elected ... and that local government as a whole has supported reform," Ardern said.

"I think that's a reflection that whilst there are many who have expressed a view on Three Waters, you haven't had anyone arguing the counter factual - and that is, if we stick with the status quo that they would support rate rises, which is the inevitable outcome.

"That is the reason we are pursuing this - the alternative to Three Waters is rate rises in the thousands because of the additional water infrastructure that is required, no one's out campaigning on that."

Three Waters was still open for submissions, she said.

"We are in a phase though where we have have [it] before select committee, we're hearing submissions, and we've been open to changes, to try and make these the most effective changes that we can, because they are so necessary."

Only 36 percent of those eligible cast votes in these local body elections. Ardern said that is simply too low.

"In my mind - and this is a personal view - change is required. The way we engage with postal ballots has changed - the way we're engaging with post has changed. I just don't think we can stick with the status quo with turnout of this nature."

Could a shift to online voting for local elections help?

"This is where I think we really need to really work with local government. They have the ability to decide between postal ballot and in person and they've always opted for postal. The one concern raised with online is the ability to add enough protections to make sure it's secure - that's a legitimate concern - but it doesn't mean that sticking with postal is the right answer.

"I do want to hear what local government has to say, and what their view is. But what is absolutely clear in my mind is that we can't just stick with the status quo."

Less than three months after leaving parliament, former government minister Kris Faafoi is heading up a new PR and lobbying firm. Does that muddy the waters of democracy and transparency?

Ardern said she was satisfied New Zealand had good protections in place to ensure transparency surrounding the influence of lobbyists on politicians.

"In my mind what's important is, regardless of who's in the jobs of government relations people - keep in mind they sit within private sector companies and then you have entire entities that work around government regulations - the most important thing is that we have rules about how we engage with those firms regardless of who's in their employment.

"I do believe actually the fact we have such transparency around who we meet with as ministers and on what subject matters, that's incredibly important, those are the kinds of protections it's important that we need in place."

Most Western countries require a cooling off period before a former MP can work in a role related to trying to influence government. Does Ardern think New Zealand should have those safe guards too?

"In Australia they don't have the same rules that we have that you can't draw a source of income while you're an MP. I don't think you can draw a direct comparison there. I think the rules we have - you can't draw incomes while you're employed as an MP or a government."

She rejected any implication that Faafoi's knowledge of the workings of the government and positions of individual MPs could expose them to more targeted lobbying.

"Every New Zealander knows our policies by our manifesto," Ardern said.

"What's important is transparency. Ministers, when they meet ... we report through our pro-active diary release every single person that we meet with, we report on what subjects we meet with [them about].

"It is not voluntary - it must be reported as part of our official information Act proactive releases, which we've been doing since we've been in government.

Ardern said after 14 years as an MP she believed New Zealand's political system meant anyone approaching government about making changes was on equal footing.

"I think I have a pretty good insight into the way that political parties, ministers, cabinets, interact with people who work in government relations or indeed with private companies.

"I would argue the same things to those companies - come and talk to directly to MPs, that is a system that we have, and we have protections to make sure that if you do that it's transparent and that people have access to know that that's occurred.

"New Zealand is not like the United States, I would even argue it's not comparable to Australia. In New Zealand it is not necessary. We rank as one of the best countries in the world for transparency for a reason."