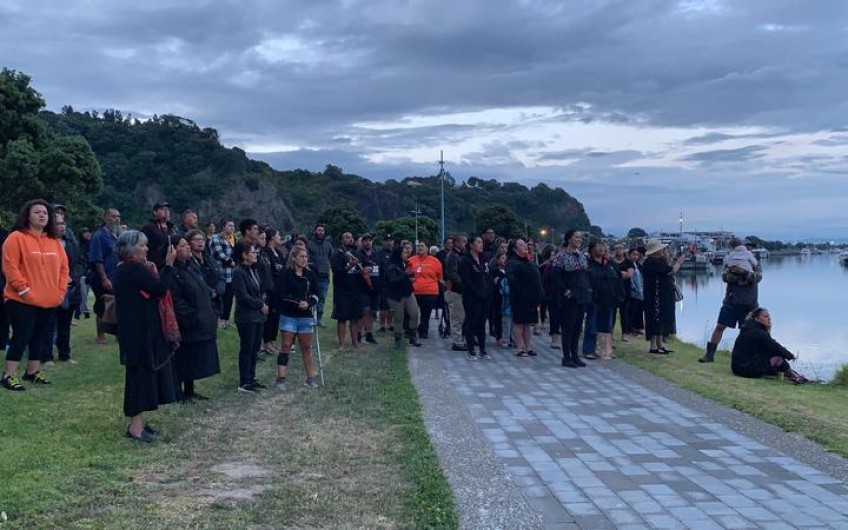 A high-risk mission to recover the bodies left behind after Monday's deadly eruption on Whakaari/ White Island is now underway.

He said family representatives are returning to the mainland and the operation to recover the eight bodies on the island has commenced.

A New Zealand Defence Force helicopter was seen heading to Whakaari / White Island, and a team of eight are trying to retrieve the victims as quickly as possible.

About 50 whānau, friends and members of the local community gathered for a karakia at a cordon at the Whakatāne Boat Ramp.

Some told RNZ they were desperate for the bodies of those missing on Whakaari, which is 50 kilometres off shore, to be recovered today.

The chance of another eruption is 50-60 percent, according to GNS scientists.

Eight bodies are believed to be on the volcano, but Police Deputy Commissioner Mike Clement said only six have been sighted from the air.

He is not sure if the specialist team, who will be wearing protective clothing and gas masks, will have enough time to find the other two.

The remains will be helicoptered onto the navy HMNS Wellington waiting in waters close by.

Clement said he was proud of the incredibly skilled people putting themselves at risk today and it will be up to them to call off the operation if at any time they decide it has become too dangerous.

He said a lot had to go right for the plan to work, but he had given a deep commitment to the families he will do everything in his power to return their relatives.