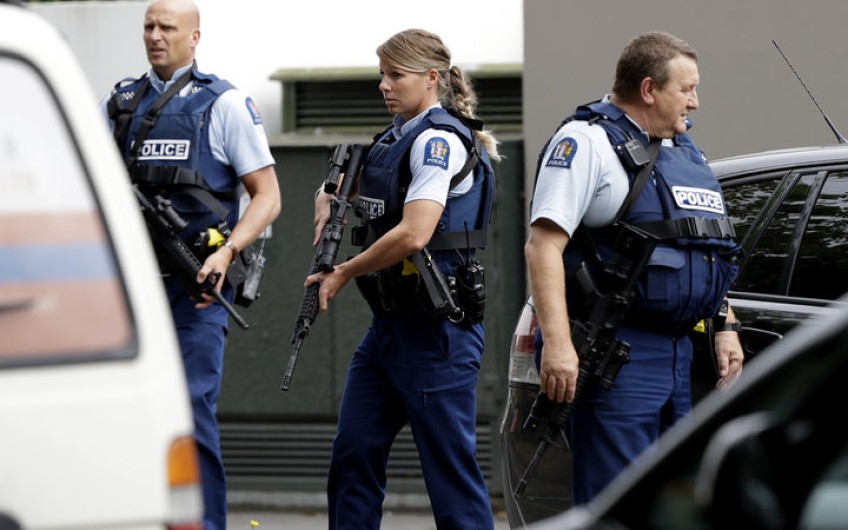 Police say one shooter is in custody but there may be other offenders after 'multiple fatalities' at two mosques in Christchurch today. Follow live updates here.

What you need to know: There have been two shooting incidents - at the Masjid Al Noor Mosque next to Hagley Park, and at the Linwood Masjid Mosque in the suburb of Linwood. Police Commissioner Mike Bush has confirmed there have been "multiple fatalities". An eyewitness inside the Masjid Al Noor Mosque says he heard shots fired and says at least five people were lying on the ground. The eyewitness describes seeing a man wearing a helmet and glasses and a military style jacket opening fire inside the mosque with an automatic weapon. About 300 people were inside the mosque for afternoon prayers.

Police say the "risk environment remains extremely high". The manager of the An-Nur Early Childhood centre in Wigram said police gave some parents an update that said there were two gunmen and at least one was on the loose. People in central Christchurch have been urged to stay indoors and report any suspicious behaviour immediately to 111. All Christchurch schools, Christchurch Hospital and Christchurch City Council buildings have been placed into lockdown. Multiple roads in the city, including Blenhein Rd, Moorhouse Ave and Brougham St, have been closed.