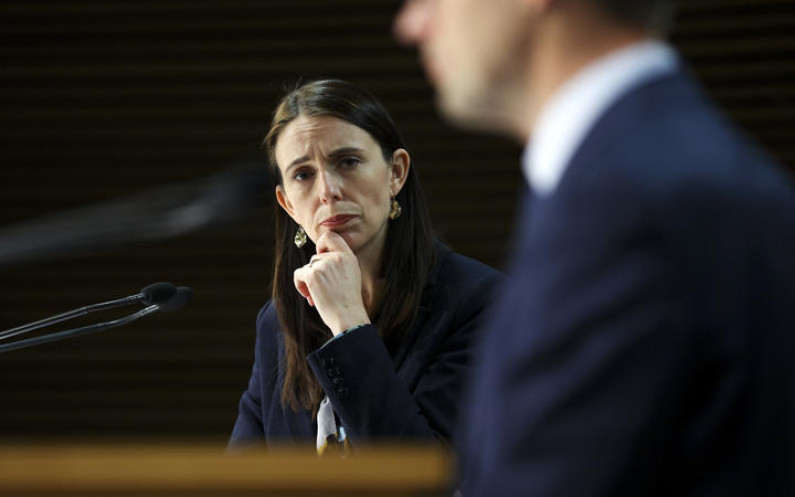 Ardern: alert level 2 for NZ except Auckland from midnight tomorrow

Those people will be expected to have had a test in the last seven days and must show proof of it, he says.

Three thousand people are crossing the border between Auckland and the rest of the country each day.

People who transit between Auckland will need to come through without stopping if they're moving from south of Auckland to Northland.

Face coverings are now mandatory at level 2 in most public venues, Ardern says.

You can take your mask off in venues like restaurants and cafes, she says.

"To keep it really simple, if you're out at about at indoor venues, please wear a mask," Ardern says.

Indoor hospitality venues have a limit of 50 pax, outdoor venues a limit of 100 pax
Museums, and gyms, etc, must follow the 2m rule for visitors

Only five of the 20 new cases reported today were infectious while in the community, and all new cases were in Auckland.

No cases linked to the current outbreak have so far been detected outside Auckland or Wellington, with the last case in the capital reported on Friday.

Public health experts have however warned that if the country does move to level 2, it would be with tighter restrictions than previously such as mask wearing and record keeping requirements.