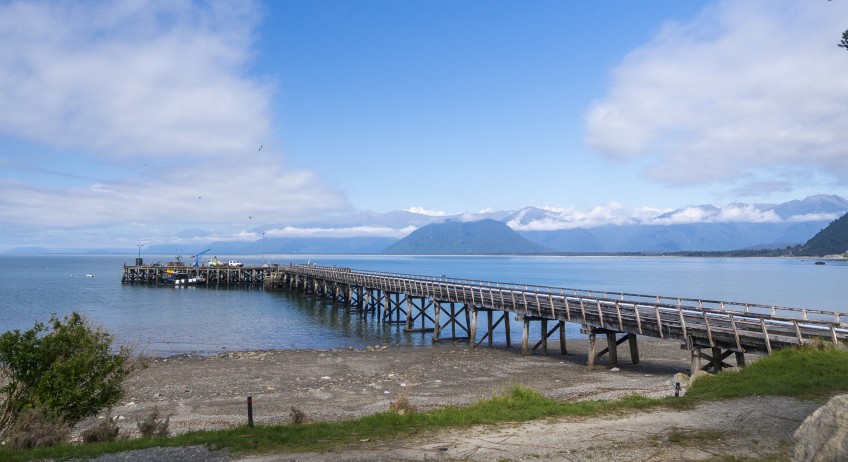 The special purpose road to Jackson Bay could be abandoned if Waka Kotahi NZ Transport Agency tries to devolve it to the Westland District Council, retiring mayor Bruce Smith says.

Westland had been resolute that it would not take it on, Smith said.

"I accept the fact NZTA have a shrinking budget, but they're going to be stuck with it I'm afraid," Smith said on Friday.

"If I was sitting around the table: We don't want it, we're just not interested. One of the options we'd be left with is, just shut the road."

In 2018, Waka Kotahi signalled a plan to phase out the special purpose road category (SPR) by 2024. The roads to Karamea and Jackson Bay are both currently funded as SPRs via the agency to the councils, which carry out the maintenance.

But a new model without SPR status was still not clear and was "forced on to us", Buller mayor Jamie Cleine said on Friday.

"At the moment, the discussion lines are open ... it's been simmering away forever."

He raised the tone of their response last week at the West Coast Regional Transport Committee meeting.

Waka Kotahi regional relationships director James Caygill agreed that the future of the Jackson Bay and Karamea roads needed "resolution", but did not specify further.

"The SPRs at both ends of the [region] are very much on my radar" was all he said.

However, Smith said afterwards the change posed a "stark" prospect for the future of Jackson Bay road.

"My position is the same as our full council has been for quite a long time: the ratepayers of Westland cannot take over the maintenance of that road."

The road needed major investment to even be of an "acceptable standard", with the swampy section from Haast to the Arawhata River bridge particularly bad.

"The road is of a very poor quality. It's well below an acceptable standard."

Smith said the pioneering corduroy method of felling bush, laying down the timber and then forming the road base over the top of the laid logs was the trouble. Over time, the logs rotted away and, exacerbated by heavier vehicles, caused the road to slump.

"Unfortunately, it's not something we can afford [to fix]."

Smith said the Karamea Bluff situation was a lot worse and he sympathised with the Buller council.

Cleine said he raised the matter at last week's meeting because Waka Kotahi seemed to imply it was not running the new SPR process but was relying on the Buller District Council.

"We understood it was the opposite way around... they were running it. We're not working a plan because we think it's their plan to work on."

The council was currently fully funded by the agency to maintain the road.

"At the end of the day, we're still holding the position: you can call it whatever you like, as long as you pay for it.

As it was, the Karamea road was "very problematic" to keep open.

Again, the historic corduroy road continued to cause issues and the weather impacts were major. The "major" February storm repair job had yet to be resolved.

"The repairs up there are expensive because of the terrain and the old school construction methods of the day," Cleine said.