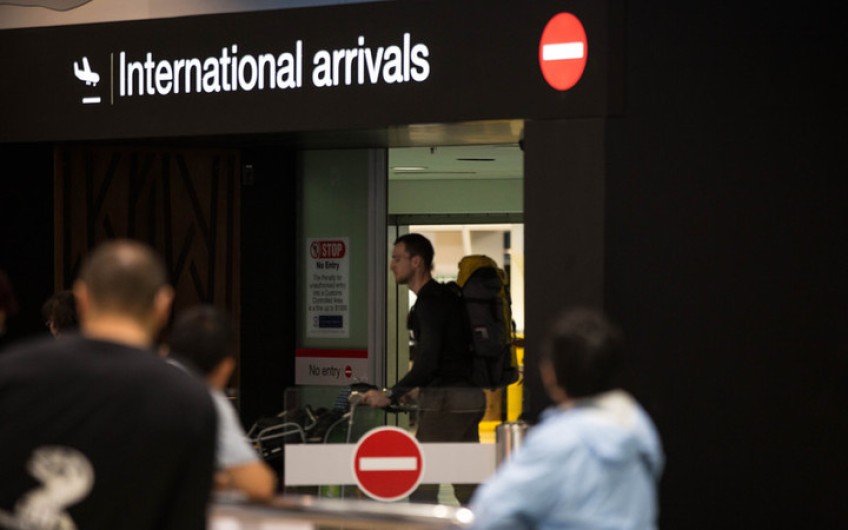 Questions are being asked about Immigration New Zealand's practice of issuing electronic permanent resident visas while also insisting people carry a letter confirming they have those same visas.

The service warns that without the letter, visa holders may not be able to board planes flying to New Zealand or could face delays at border control when they arrive home.

Roy Pilott - who has lived in New Zealand since the 1960s, said he could not believe what he was reading after getting his permanent resident visa transferred to his new British passport.

Mr Pilott said the passport arrived back from Immigration New Zealand (INZ) with a letter explaining he no longer required a permanent resident sticker because his information was recorded electronically.

But he was told he had to carry the letter confirming his visa status in case an airline or border control had problems reading the electronic visa.

INZ went on to say that a visa holder may be asked to show the letter when they check in for flights to New Zealand or when they arrive at the New Zealand border.

"If you cannot show this letter when asked, the airline may not let you board your flight or you may be delayed when entering New Zealand," the service said.

Mr Pilott, who's a Waikato communications specialist, found this incredulous.

Mr Pilott wondered what security implications the letter had.

"You know from my perspective and realistically at a time when security is supposed to be so high we are being asked to walk around with a piece of paper that says these are our permanent resident details. Well I mean it's laughable."

Immigration consultant Tuariki Delamere said many of his clients felt uncomfortable about the digital visas.

"All of my clients would prefer to have a physical visa inside of their passports. They are all worried that they could be checking in somewhere in some overseas country trying to get back to New Zealand and someone says 'oh well you're not a resident. You don't have a visa so you can't get on the plane'."

Mr Delamere said the digital visas were meant to be an improvement but that did not appear to be the case.

"You've got these passports with about 48 pages purely there for putting visas in but they say 'we're not putting in new visas because we've improved, we've got an electronic visa which only we can read by the way'.

"So you carry this piece of paper that you could lose. It's not attached to your passport. So it does seem to me a step backwards."

He said the e-visa would work in all but smaller outlying countries - in those there could be a problem.

"They would need to see a document and without seeing a visa or a letter from Immigration saying that you have got a visa, you might have trouble coming back to New Zealand.

"They're just not trained properly to make the right call for New Zealand entry operations to get it sorted."

"However, there are some smaller airlines that do not have direct routes to New Zealand and overseas Border authorities that may request to see a copy of the e-Visa letter, which is why Immigration New Zealand suggests also carrying a printed copy."

INZ said the roll-out of digital visas started in 2015 and permanent resident visas came into the scheme mid 2018.

Since then about 30,000 permanent resident visas have been issued with the accompanying letter.

The service said the letter did not represent a security risk.

"The purpose of the letter that is generated and sent to individuals is to advise applicants of their visa details - it is not the visa."

It said in most cases if there were problems reading digital visas or the digital-visa letter was lost there were processes in place between airlines and INZ to check a person had a visa and allow them to travel.

If visa holders were still unhappy INZ said they had the option to request a visa label or sticker be put in their passport.

As for Mr Pilott he said the saga had reaffirmed his decision to finally become a New Zealand citizen and get a Kiwi passport.